Five months ago, in response to a question in the House of Lords about the decision by the Government and EU to stop supporting search and rescue operations in the Mediterranean sea, the Government Minister, Baroness Anelay explained that sending out rescue boats was creating “an unintended ‘pull factor’, encouraging more migrants to attempt the dangerous sea crossing and thereby leading to more tragic and unnecessary deaths”.

Five months on, and we have heard the awful news that nearly 300 more migrants may have lost their lives whilst attempting the crossing.  This is an appalling tragedy and thoughts will, of course, first turn to the victims of this horrific accident and their families. 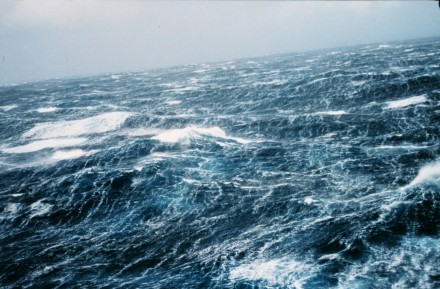 But we must also consider the awful circumstances that have left these desperate people attempting a dangerous crossing and paying with their lives, and why our government and others across the EU chose to abandon them.

It has been widely reported that most of the migrants entering Europe from North Africa and the Middle East have been fleeing desperate poverty or warzones, many under the control of human traffickers.  With the ongoing humanitarian crisis in Syria, and the instability across the region caused by the threat of ISIL,  there continue to be people fleeing violence and seeking refuge elsewhere, including in Europe.   Coping with the impact of this challenges is a problem that needs – at its heart – pan-European and global action. Because only by working together can we prevent people from risking such a dangerous journey across the Mediterranean.

More immediately, the Government should be playing its role in offering support to refugees or those fleeing persecution or conflict in their home region, wherever possible, and, where applicable, granting asylum to those who have formally applied and meet the eligibility criteria.

But what the Government and other EU countries should not have done is withdraw support for search and rescue operations and crassly describe the deaths of men, women and children at sea as a “deterrent” to others.

When the government announced its plan the UNHCR joined myself, the Shadow Home Secretary and many other charities and campaigners across the country and Europe to make repeated warnings that the decision not only lacked humanity but that it would not stem the flow of people trying to make this crossing, and that stopping search and rescue operations may simply lead to more deaths.  In the intervening months, the Government has put forward no evidence that abandoning these missions has reduced the number of people getting on these boats – and today’s news appears to confirm the worst fears of many of those who campaigned so hard against the decision to withdraw EU support and funding.

Media reports have said the youngest of the migrants who died in this crossing was just 12.  I do not believe the British public would want us or our allies in Europe to stand by while poor and desperate 12 year olds fleeing horrific situations at home drown in the waters of the Mediterranean just miles from safety.

It is not too late for the Home Secretary to rethink the government’s position, and I hope the desperately tragic news of these recent deaths can convince her to do so.