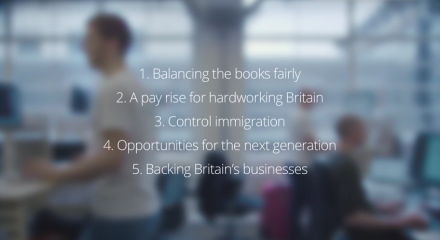 Labour have a new party election broadcast (PEB) hitting TV screens tonight, called “Britain does well, when working people do well”. It focuses on Labour’s plan for the economy, especially on jobs and wages.

Narrated by actor David Morrissey, it will be screened on BBC One, BBC Two and ITV this evening, but you can watch it exclusively here first:

2. A pay rise for hardworking Britain

4. Opportunities for the next generation

The video was trailed with a 15 second teaser clip on the Labour Party’s Instagram account. While Instagram is a difficult network to grow on (it does not operate on the same type of shareable content as other platforms), we understand that Labour will increasingly using social media to push out messages and themes early over the coming months.

Working families aren't benefiting from the recovery. We'll change that.