If there was a phrase to describe Ed Miliband’s years as leader so far it would be: unity over clarity. To many outsiders, the Labour leader should have been miles ahead of Cameron in the polls by now, slamming him every day on austerity, food banks, the cuts and the NHS. I hear this claim almost every day on social media. 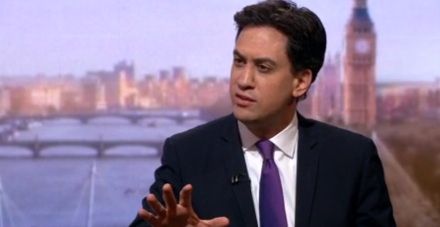 But Miliband never had it that easy. He had to balance those who rejected austerity with those who thought Labour had spent too much; those who wanted a positive message on immigration with the fact that Labour lost massive trust on the issue; to make a break from New Labour while maintaining peace with the powerful bloc of Blairites.

For a surprisingly long time this delicate balancing act worked. But over the last six months Miliband has gone from being able to hold together a broad coalition to losing voters on all sides. Unlike the Tories, Labour is bleeding voters to the right as well as its left. How did we get to this and why is the coalition falling apart?

Miliband problems stem from an inability to make the switch from unity to clarity. I’m not going to say I predicted this all along or that it was inevitable, but what was once a strength has now become a liability.

There are caveats of course. This was never going to be easy – Miliband couldn’t deny the need for any spending cuts, nor ape Osborne’s ruinous austerity. The media was against him from the start and getting out an anti-austerity message would be impossible. He needed people to trust Labour on immigration again without telling them they were wrong and racist. Going too far either way wouldn’t have worked and triggered a civil war inside the party.

So we should reject claims – made by some on the left and on the right – that Miliband is failing because he neither went as far as Syriza nor embraced austerity; he was always going to choose a middle path. Plus, it’s not like Cameron and Osborne have a clearer message: their pitch is conspicuously missing any mention of Big Society, modernisation or the huge 1930s-style cuts they are planning. On the one hand they preach austerity, on the other they offer tax cuts to the wealthiest. This confused messaging (and a toxic brand of course) is likely why Miliband’s loss over the last 18 months hasn’t been Cameron’s gain.

But Miliband’s lack of clarity now exists on multiple levels. Three months from an election the leader is still unable to communicate to the public what he and his party stand for, in broad terms, beyond a somewhat pleasing shopping-list of policies. As one prominent commentator (privately) wrote over email: “Labour has never chosen the ditch it is willing to die in – economically speaking – and that flows into every other policy area.”

The other lack of clarity is around Miliband’s own ambitions. The leader’s argument was always that he would focus on changing the country in a way that wasn’t about tax-and-spend but deeper, structural reform. But there is little evidence of this: the community-organising revolution or voter registration drive he promised to activists didn’t materialise; challenging of vested interests has been haphazard and accompanied by pandering to the Sun; there has been pitiful focus on financial regulation or dealing with too-big-to-fail banks.

Can any Labour activist name three ways in which Labour promise to fundamentally reform the economy for working people? Miliband’s problem isn’t that he is bereft of ideology or a willingness to challenge inequality, it’s that he’s been convinced by advisors that he is already radical enough. The leadership now live in hope that if they repeat their messages enough, voters will get the clarity that had (mysteriously!) eluded them earlier.

We can say this for Miliband: he shifted Labour in a positive direction on most issues and has gone further than other contenders to the throne would have. But, as one ex-Milibandite said separately: “I can’t argue with a straight face that Ed is proposing radical change.”

When I meet advisors close to Miliband to talk about the lack of clarity, they admit it has been an issue and he would change closer to the election. But we are now three months away, and his team have spent half a week being derailed by one attack from the owner of Boots. The question of what Miliband stands for has become more urgent than ever before, but we are nowhere near finding out.