Next week, MPs will have the chance to ‘clarify’ the law to definitively ban sex-selective abortions in the UK. I’m glad they are, you may think. But you would be wrong. In fact the amendment will put more stress on Asian women (who are seen as the primary culprits here) and doctors, while doing very little to help anyone.

For the record, I’m against gender-selection. It is usually a case where a woman has an abortion because she wants to have a boy instead of a girl. In fact I wrote a mini-book on how gender-selection has had a devastating impact on India. It is also a major problem in China, Pakistan and other Asian countries. But the claim that it is also a problem in the UK is flimsy.

Let’s take an example. Anita becomes pregnant and is overjoyed by the prospect. But her in-laws strongly hint that she better have a boy or she will be cursed and her life will be made hell at home. This isn’t unusual where sex-selection takes place: women are usually pressured by their husbands or extended families to have a boy, for various reasons. 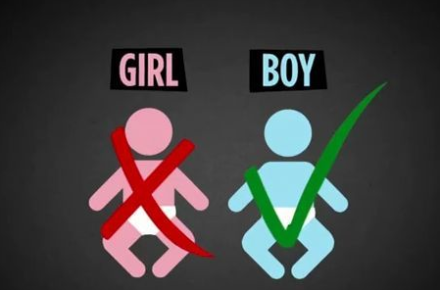 If Anita goes to the doctor to check the gender of her baby and ask for an abortion, then under the new law two things could happen: she could be criminalised and put in prison. Furthermore, doctors may become unwilling to offer counselling or support over worries they could end up being falsely accused. Recently, in a rush to get an FGM conviction, a doctor was wrongly put on a “show trial” that then collapsed in court. This law will only drive more to have (potentially dangerous) abortions abroad.

Changing the law is unlikely to help. For 30 years, FGM has been an offence in the UK and gender-selection has been illegal in India – yet both problems have gotten worse. But this law will criminalise women rather than help them, as law professor Sally Sheldon has pointed out. Women who are pressured into having boys over girls are not the culprits and should not put in prison, nor should all British Asian women be under suspicion. The fact that this amendment is being attached to the Serious Crimes Bill only illustrates that danger.

How big a problem is gender-selection in the UK? When newspapers have splashed on this, they have invariably over-estimated the problem. Even campaigners for this law don’t know how big a problem it is; the demographic data certainly does not show a large gender imbalance like in India.

This amendment has sadly split Asian women organisations into opposing sides, each with noble intentions. Many, like Southall Black Sisters, Newham Asian Women’s Project, Imkaan, Ashiana, Bijli and others are opposing the amendment because it fails to support Asian women and only ends up profiling them. Those who support it must show how that won’t happen.

If sex-selection is taking place, it must be stamped out. But what we need is an effort to change attitudes so young women aren’t pressured into such abortions. The focus should also be on supporting and financing specialist services that help these women – which the government has utterly failed to do – rather than passing a law and hoping the problem will disappear.

Why haven’t you heard more about this? Because the amendment has been quietly pushed into the upcoming bill at the last minute. It could be approved without much debate among women it will mostly affect.

Because this has been rushed, many women’s organisations have barely had time to digest, debate and say anything on this matter. The Labour leadership is, mercifully, opposed to this amendment. MPs shouldn’t just abstain – they must vote against this amendment to protect vulnerable women.

Sex-selection is a real problem – in South Asia. It’s a much smaller problem here largely because the awful practice of dowry isn’t common in the UK. This is why the focus should be on changing attitudes (which are happening anyway as the older generation dies out) rather than criminalising Asian women. An amendment to the Serious Crimes bill is not the right to way to tackle this sensitive issue.