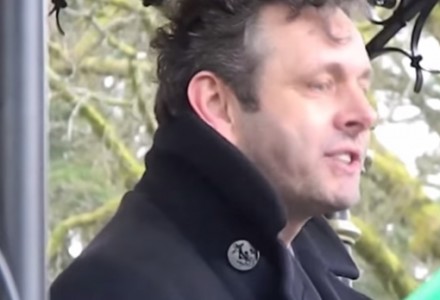 It’s been a great week for the internet, whether your bag is controversially coloured dresses, hitchhiking weasels, llamas re-enacting Thelma & Louise, or – as I believe Wales Online uncovered yesterday – an impossibly adorable puppy that bears an uncanny resemblance to Hitler. But for me, the internet’s best produce this week was Michael Sheen’s blistering speech on the NHS. I won’t repeat it here, but spend five minutes reading it if you haven’t already. It was like catching a glimpse of Aneurin Bevan.

It’s worth asking why Sheen felt it necessary to make such a bold intervention on the NHS. The Centre for Labour and Social Studies (Class) is attempting to answer that question with its latest election guide, focusing upon the NHS, released on Tuesday. The guide is being debated at an event this evening featuring key progressives: Allyson Pollock (Professor of Public Health Research and Policy, Queen Mary University), Dr Kailash Chand (Deputy chair of the British Medical Association), Liz McInnes MP (Heywood and Middleton), Adam Flanders (Senior Cardiac Technician & Unite Rep) and Steve Hart, Chair of Class. You can get more detail about that here.

The electorate is probably accustomed to MPs making promises while in opposition and then discarding them the moment they take power. But even by politicians’ usual standards, David Cameron’s promise not to carry out any “top-down reorganisations of the NHS” was breath taking in its dishonesty. Shortly after the Coalition came to power, the Health and Social Care Act was passed – the biggest top-down reorganisation the NHS has ever seen. So big, in fact, that the Bill was longer than the original Act that led to the foundation of the NHS.

A year before Cameron made that promise, former Shadow Chancellor Oliver Letwin allegedly told a private meeting that the NHS “would not exist” under a Conservative government within five years.

Letwin strenuously denied saying such a thing, but there seems little doubt that the centrepiece of the Health and Social Care Act is increased privatisation. As the Class guide shows, the dismantling of the NHS and its privatisation and disintegration is happening subtly and in a number of ways. The health service will not be sold overtly and quickly to a private company: instead, across the country, it will compete with private providers for individual contracts, which it may well lose – given the disproportionate emphasis on value for money and competition.

The NHS is a policy area where the major parties differ substantially. While the Conservatives are committed to continuing with the Health and Social Care Act; Labour has made radically different pledges. Shadow Health Secretary Andy Burnham revealed his plans for the NHS under Labour, which involved “ending the market experiment within the NHS”. He has pledged to protect the NHS from TTIP and end zero-hours contracts for NHS staff. He has promised to build an NHS with care, as opposed to competition, as its central value. While some feel frustrated by the lack of clear water between party policies in some areas, on the NHS the positions of the two major parties could not be more vividly different.

Ellie O’Hagan is the Media and Communications Officer at Class