Ed Miliband will today accuse David Cameron of a “grand deception” – promising the “good life” while at the same time delivering the biggest cuts in any major economy. The cuts outlined in Osborne’s recent budget would be larger than those planned in any of the world’s other 33 major economies, according to a new IMF analysis – and would significantly increase in pace and depth in the coming years. Miliband will argue that: 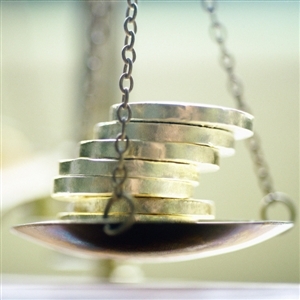 And this all comes before the Tory spending commitments outlined in recent weeks (none of which are funded) are taken into account. To drive home his argument – that Tory cuts will imperil the NHS – Miliband will unveil four new posters, highlighting the key selling-points of Labour’s NHS plan:

The current state of NHS finances is brought into greater focus by a report from the King’s Fund, who have warned that the NHS faces the biggest challenge in its recent history. Their Director of Policy Richard Murray said:

“The health service enters the new financial year facing some of the biggest financial and performance challenges in its recent history. If last year was the most difficult for some time, this year promises to be much worse, with little confidence that the alarming deterioration in NHS finances can be arrested.”

Miliband’s warnings over the impact of Tory cuts to the NHS bring to a close the party’s focus on the NHS (through an “NHS week” that has often been overshadowed by Tory attacks on Labour and the SNP). NHS week will culminate this evening in a rally in Leeds, where Miliband will speak to and alongside NHS workers. Here’s what he’s expected to say:

“This General Election is coming down to a straight choice about who will stand up for working families: a choice between another five years of a recovery just reaching big firms in the City of London with the Tories – or Labour’s better plan to ensure the recovery reaches the front doors of working people across Britain.

“And, with two weeks to go, it’s time that choice was made plain and clear. The Tories want to pretend that another five years of their failing plan is the route to the good life. But the truth is they are engaged in a grand deception.

“David Cameron is running a desperate campaign, talking about anything but their record of failure or their plans for the future. They might not want to talk it, but we will.

“The Tories are committed to the most extreme spending plans of any political party in generations.

“It is a plan so extreme that IMF figures show Britain would be facing the deepest cuts over the next three years of any advanced country in the world.

“It is a plan so extreme that far from protecting the NHS they would end up cutting the NHS.

“Maybe not for some of the rich and powerful, who have done so well with the last five years of the Tories.

“But it would mean hard times for the working families of Britain, who put in the hours, pay their taxes and play their part.

“It would mean hard times for young people just starting out in life and wondering if they will ever be given a decent chance.

“And it will mean hard times for the NHS that we all rely on. David Cameron has broken all those promises he made before the last election.

“He promised there would be no more top-down re-organisations and then wasted billions on the biggest the NHS has ever seen.

“He stood outside a hospital with a sign that said there would be no cuts and no closures – only to shut that very same A&E.

“He said there would be no return to people waiting hours on end in A&E. But under his government, A&E targets are in tatters and patients are waiting longer and longer to be seen.

“He promised extra money for frontline services like cancer treatment but ended up cutting cancer budgets.

“And now in this campaign, he’s at it again. After five years of failure, he wants us to believe the NHS is safe in his hands. He wants us to believe he’s going to increase funding for the NHS. When he can’t tell us where a single penny of the money is coming from. You can’t save the NHS with an IOU and you can’t trust the Tories with the NHS.”