Tonight’s second Scottish TV debate (which sadist scheduled them on consecutive nights?) threw up a very significant exchange between Nicola Sturgeon and Jim Murphy. The topic was “full fiscal autonomy” – essentially Scotland would raise all its own taxes and control all its own spending, junking the Barnett formula – something which Sturgeon tonight gave her full backing to. 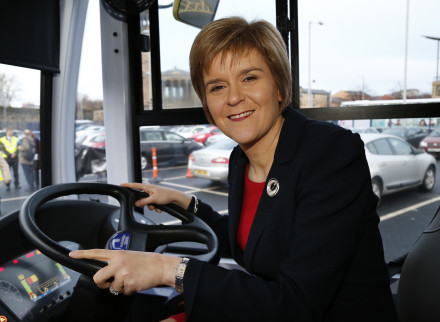 That’s despite the fact that the independent IFS said such a move would cost Scotland £7.6 billion. Here’s the exchange from tonight’s debate:

NS: As Scotland’s voice in the next House of Commons if the SNP is there in numbers we’ll be arguing for as many powers to come to Scotland as possible.

JC: Just on the specific point of what you call full fiscal autonomy, when do you want that to come?

NS: I want that as quickly as the other parties agree to give it. You’d probably be better asking them when…

JM: Would you vote for it, would your MPs vote for it next year, for full fiscal autonomy?

NS: Yes, I would vote for it, would you support it?

JM: No, I wouldn’t. Absolutely not.

Is the Nationalist position that any amount of cuts to public services is justified as long as Scotland gets more powers?