By Mike Buckley and Joe Walker

Amidst the noise this election campaign has highlighted some important differences between the two main parties. Over the last week Ed Miliband has given keynote speeches on foreign policy and international development, renewing Labour’s commitment to active foreign and international development policies. In contrast the Tories have said little, preferring to stick to a myopic focus on the deficit and the economy. Yet the next government will face some of the most important foreign policy challenge of our time, from a bellicose Russia to ISIS, the Mediterranean migrants and the need to renew our role in the EU. 2015 is the most important year for international development in a decade, with major summits on the Sustainable Development Goals and the opportunity to reach a global agreement on climate change. 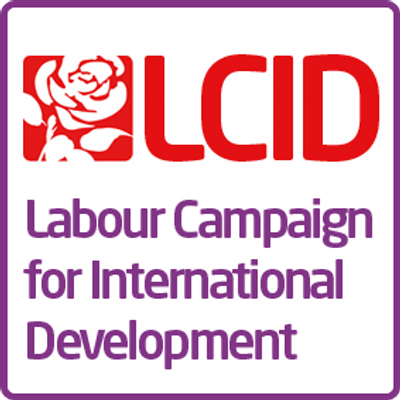 Foreign policy has been notable by its absence during this government. Cameron’s lack of a coherent foreign policy has made Britain increasingly irrelevant as major events have unfolded around us in the EU, the Ukraine, and the Middle East. The Tories have been content to let our international status decline, our role and influence diminish, even putting our membership of the EU and now the union at risk. This should be of concern not only to Labour voters but to anyone who wants to see Britain maintain and build its international role.

Last week Ed Miliband promised to end the ‘small-minded isolationism that has characterised this government’ which has ‘shrunk our influence and weakened Britain’. He was right to point to our loss of influence in the EU and consequently a loss of influence in the rest of the world. It is hard to imagine a British Prime Minister other than Cameron remaining absent as the leaders of Germany and France tried to negotiate peace with President Putin.

Yesterday’s international development speech built on this theme. Taken together the two speeches show that Miliband will take Britain back into meaningful engagement with the wider world, not only in security and international relations, but also in taking meaningful action on the twin challenges of climate change and international development. They indicate an encouraging understanding of the links between these challenges; climate change for example recognised as a national security challenge as much as a developmental one.

Both Miliband and Labour have a international record to build on. We have internationalism in our DNA. Between 1997 and 2010 we played a leading role in global foreign and defence policymaking and revolutionised the debate about international development. We created a world-leading development department, secured debt cancellation and prioritised human rights and climate change alongside economic growth. Miliband himself played a decisive role in the 2009 Copenhagen climate change summit.

Central to Miliband’s argument yesterday was his assertion that our values should shape our actions abroad as well as at home. The fight against inequality is global as much as national. ‘Inequality scars our society, and it scars our planet. It doesn’t just make some of us poorer, it makes us all poorer.’ The fight against inequality will provide the basis of our negotiations for the Sustainable Development Goals in September and climate change in December. Miliband backed up his arguments with specifics; electricity generation carbon free by 2030, a new centre for universal health coverage.

British foreign and development policy has been hampered by the legacy of the Iraq war and five years of a government which has shown little interest in anything beyond the narrow interests of a wealthy few in the UK. Taken together Miliband’s speeches offer the prospect of foreign and development policy which has learned the lessons of Iraq but is no longer afraid of constructive engagement with the international challenges we face. Britain will no longer withdraw from the world.

Yesterday’s speech ended with a challenge: ‘It is movements and people that really change the world… History shows us that real change comes only when there is public pressure and political will… So I am asking you to stand with me, I am asking you to fight with me, I am asking you to be the movement that helps build change in our world.’ The first step in being that movement is 10 more days of knocking on doors and campaigning for our amazing candidates. We have the added impetus of knowing that we are campaigning for a Labour government that will act abroad as well as at home to tackle inequality, climate change, health and education. A vote for Labour next week is the crucial first step towards rebuilding Britain’s place at the heart of a more equal, more sustainable world.