Today Ed Miliband will urge the public to “put the NHS first” on Thursday.

Miliband will say that the difference between Labour’s and the Tories’ plans for the NHS shows the big choice for people at the election: between protecting and improving the NHS and more privatisation and reorganisation. 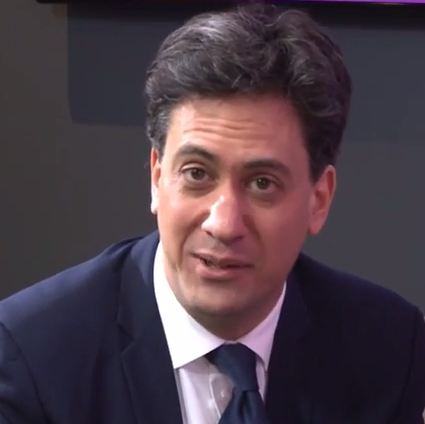 He will say that David Cameron must admit what his party’s plans are and publish a Government commission, written by a former supermarket executive, which lays out another re-organisation of the NHS.

Miliband will also point out the increasing privatisation of the NHS has prompted American doctors to publish a letter warning that this country is on a “slippery slope” to pay-as-you-go health care.

As well as warning of the Conservative’s plans, Miliband will reiterate Labour’s fully-funded plan for the NHS and their commitment to stopping privatisation in the first days of government.

The Labour leader will be joined by Ed Balls, Shadow Chancellor, and Delia Smith, who  says she is concerned about the future of the NHS.

Miliband is expected to say:

“In the final days few days of this General Election, the future of the NHS is at risk in the way it hasn’t been for a generation.

“We know that if David Cameron wins a second term there will be a drive for more privatisation, more broken promises and more people waiting longer for treatment.

“In this election, you have the chance to put the NHS first by voting Labour on Thursday. There is no bigger choice at this election than the future direction of our National Health Service, the bedrock of security for so many working people in our country.

“But our NHS is in huge danger. It’s fighting for its life because of choices this Government has made. We’ve got people queuing out the doors of GPs’ surgeries, unable to see a doctor, one million people last year waiting over four hours in A&E, seriously ill people lying on trolleys in corridors for hours on end, we’ve even seen a treatment tent put up in a hospital car park.

“I know what makes the NHS strong: care, compassion and co-operation, not privatisation, fragmentation and competition.

“So in our first 100 days we’ll put before Parliament a bill to repeal the Tories’ terrible Health and Social Care Act, stopping the drive towards privatisation. And where private companies are involved in delivering NHS-funded clinical services, we will cap the profits they can take out of the public purse.

“This is part of Labour’s better plan for a better NHS, a plan that prepares our National Health Service for the challenges of the future, a fully-funded plan that’s built on solid foundations, a plan that can give our health service the time to care and give Britain the NHS we want: an NHS with people at its heart, an NHS that inspires the country; an NHS that will once again lead the world.”

“Before the last election, David Cameron promised no top-down re-organisation of the NHS and then embarked on the biggest ever, which wasted £3 billion.

“David Cameron should come clean with the British people about his plans for the NHS after the election. He commissioned a major report on how to change the way the health service is run but has buried the findings.

We know who wrote it: the Conservative peer, Lord Rose.

“Lord Rose may be good at running supermarkets. But I say to David Cameron: you can’t run the NHS like a supermarket, we don’t want a supermarket health service, so publish this report and show us what is in your secret plan.

“Now we have heard a stark warning of the truth of a second Tory term: an American-style health service where you have to pay to be seen, from the people who know what one looks like.

“David Cameron legislated without the permission of the public to allow English hospitals to earn up to half their income from treating private patients. The longer his Act stays in place, the more our hospitals will become like US hospitals.

“American doctors are sounding the alarm that what happens there is beginning to happen here: pay-as-you-go health care, coming soon to a hospital near you. They know the signs. We know the signs. We know where these Tory plans are leading us. The evidence is clear: a Tory second term means the stealth privatisation of the NHS.

“Labour will repeal David Cameron’s privatisation Act and put the right values back at the heart of the NHS – patients before profits.”