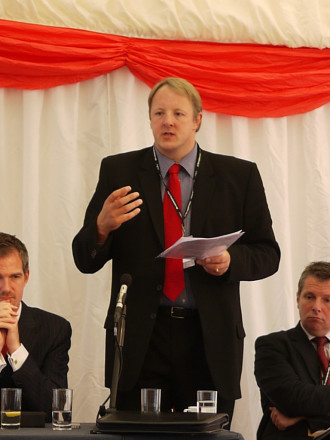 Toby Perkins has been named as the campaign chair for Liz Kendall’s leadership campaign. The Chesterfield MP told his local paper:

“She is the fresh start we need for the Labour Party after the national defeat to the Conservatives who are now in Government.”

Following reports earlier in the week that she might not make the 35 MP nominations needed to reach the members ballot, supporters are now bullish Kendall will be in the race, saying: “We’ve got the numbers. We’re in the race.”

Following a boost yesterday after picking up the high-profile endorsement of Tristram Hunt, more MPs have come forward to publicly back Kendall. They include Margaret Hodge, the Barking MP who yesterday announced she was standing down as Chair of the Public Accounts Committee, and Pat McFadden, the Shadow Europe Minister.

Gaving Shuker and Stephen Timms, who both supported Ed Miliband in 2010, are nominating Kendall, as is Alison McGovern, Gordon Brown’s former PPS, and Stephen Doughty and Wes Streeting, who have both entered Parliament since the 2010 election.