After thousands of posts for LabourList, this is the hardest one I’ve had to write.

Because this is the last post I’ll be writing as Editor of LabourList – as I’ll be moving on in the days ahead to a new role and a new challenge.

It’s been nearly five years since I started working on the site, originally as Deputy Editor and then soon after that as Editor. I’m incredibly proud of how the site has expanded and grown, with readership increasing almost tenfold over the course of the last Parliament. The way people have taken LabourList to their hearts has been a genuinely humbling experience.

I owe a huge debt of gratitude to those who came before me at LabourList. Without Derek Draper’s vision of a Labour site that would provide a hub of debate, news and opinion for the Labour movement I’d never have been here. And for Alex Smith’s sound management of the site – and for taking a chance on me – I will always be incredibly grateful.

I’m also indebted to those who have supported LabourList – financially (whether individual donors large or small, or the trade unions who have provided such unstinting backing), in terms of all of the fantastic contributors to the site – and those of you who matter most of all, the readers. 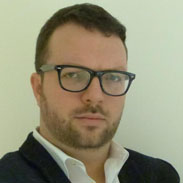 Finally, I want to say a little something about the people who I have relied on the most over this crucial election year, and in whose hands I know LabourList will be safe. Conor Pope and Maya Goodfellow have improved LabourList immeasurably during their time as staff writers. The lions share of the credit for the improvement in LabourList’s output over the past year should go to them, and their wisdom, patience and sense of humour has made them a joy to work with, and a hugely valuable asset for LabourList. Similarly the wise counsel, and wonderful writing, of contributing editors Emma Burnell and Stefan Stern – and every regular LabourList contributor, friend and supporter has meant that LabourList is a far better site that I could ever have hoped it would become.

Editing LabourList for the past five years has been a huge honour. And although it is time to go, I will miss LabourList – and its readers – a great deal. But I’ll still be reading the morning e-mail and dropping by LabourList each day to see what’s happening in the Labour Party. Just like everybody else.