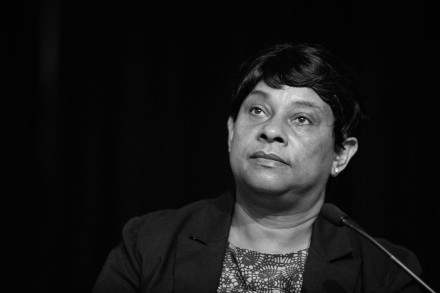 Labour peer Doreen Lawrence has sent an open letter to members of the PLP encouraging them to nominate Rushanara Ali in the deputy leadership contest, even if they will not support her, to ensure there is at least one black or minority ethnic (BME) candidate in one of the leadership races.

Lawrence praises Ali’s experience on community organisation and her endorsement will be seen as a big boost for the Bethnal Green and Bow MP’s campaign – Baroness Lawrence is a popular figure among members and received a standing ovation when she spoke at party conference in 2013.

You can read Lawrence’s letter to MPs here:

I was honoured to become a Labour Peer. I did so because I wanted to continue the charitable work I’ve done over the last 20 years since the murder of my son Stephen. In particular I wanted to highlight the lack of opportunities for young people, too many of whom have no connections and no role models.

That’s why I’m writing to members of the PLP today. The Labour Party’s leadership selection process is of huge importance to all of us who care about making Britain a fairer country where young people get ahead. I know we all want Labour to be an inclusive party, reflective of modern Britain. That’s why it will give us pause for thought that there is only one ethnic minority candidate running in our leadership contest: Rushanara Ali. Rushanara, running for Deputy Leader, has worked for years to provide opportunities for young people at a grass roots level. Rushanara’s experience of successful community organisation is one of the reasons I’m supporting her.

I hope members of the PLP – regardless of who they support in the final vote – will ensure Rushanara gets the nominations needed to be in the race. We need Labour’s leadership contest to be forward-facing. We all benefit from a wide range of voices. We all know instinctively that Labour stands for equality, plurality and diversity. So let’s ensure that when people look at our leadership race, they see a talented variety of candidates who provide role models for all of Britain, not just some of Britain.