London has the highest cost of living of any region or nation in the UK, and many in our city are finding it hard to make ends meet. That needs to change.

That is why I would cut tube, rail and bus fares by 10% in the first year if I became Mayor, and freeze them for the remaining three years – a real terms cut of almost 20% by 2020. 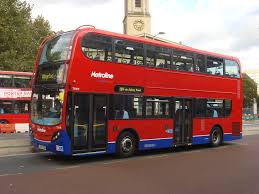 Labour needs to stand on the side of Londoners, making it a little easier for people on their way to work. With travel in London so expensive, a cut in fares will make a real financial difference.

Londoners have faced a toxic mix of huge fare rises and wages dropping in value. Anyone travelling from Harrow-on-the-Hill, Dagenham East or West Croydon into Zone 1 has seen a rise of between 30-60% since 2008 when Boris Johnson became Mayor. During the same period, real wages have fallen by 10%.

It is the job of the Mayor to strike the balance between ensuring more investment in public transport and making sure fares are affordable. That balance has got out of step in recent years, and the next Mayor needs to make hard choices in favour of Londoners.

TfL’s income from fares would fall by £481m in the first year, and by £2.63bn over the four years under my plans, compared to if fare revenue increased at the rate of inflation over the same period.

TfL needs a root and branch review of its costs given recent reports of rocketing salaries, and a heavy use of consultants. I would want to explore too, whether my fares cut could be restricted to Londoners, and if Heathrow and Gatwick are both allowed to build new runways, as I think they should be, then a key condition on both must be that they make a significant contribution to the upgrade and expansion of the public transport that airport passengers will be using.

Any candidate proposing a cut to fares will inevitably face criticism that continually rising fares is necessary to maintain much needed investment in our transport infrastructure. I accept that some investment may need to be delayed, but TfL has a £21bn investment programme through to 2020/21, so taking into account its current operating surplus, only a small portion of this programme would be affected.

Last year, TfL’s Commissioner, Peter Hendy, warned that there could be civil unrest if action was not taken to make fares more affordable, particularly if those in low paid jobs could not afford to travel to work. Even some Tory candidates are proposing cuts in fares.

Much of TfL’s income still comes direct from the Treasury. Londoners should be able to control their own destiny, making their own choices about the subsidy TfL receives. We should control more of London’s taxes, starting with property taxes. Other cities worldwide can and do use their tax take to finance more investment in public transport. Londoners shouldn’t have to go cap in hand to the man in Whitehall or the men in Downing Street. We can’t afford Ministers to take as long over Crossrail 2 as the forty years it took to get serious building work underway on Crossrail ‘1’.

But the Mayor needs to give power away too. Londoners should have more of a say on the big decisions that are needed on the future of London transport, and be able to hold TfL’s management much more directly to account. I would allow Londoners to join TfL, which would enable members to attend annual meetings, and have a forum to listen to, scrutinise and question TfL’s plans. Such a system already exists with foundation hospitals, and I believe the time is right to extend this to TfL.

Whilst long-term reform of TfL is overdue, an immediate cut in fares is needed now. Labour needs to be on the side of commuters and make a real difference in Londoners pockets.