A controversial legal document, English in character but with suspect European hallmarks, and disliked by the scheming ruler of the day is the subject of political struggles resulting in threats of repeal. Sound familiar?

Yesterday was Magna Carta day marking 800 years since King John sealed the ‘Great Charter’ which set out a new social contract governing the relations between the King and his subjects. The celebrations of this cornerstone of the English legal tradition and of “Englishness” are taking place against a backdrop of a fierce political battle over the Government’s plans to scrap the Human Rights Act in favour of a “British Bill of Rights”.

Like the messy origins and subsequent arguments over the significance of Magna Carta, the debates about the future of the Human Rights Act are less about law than about political symbolism.

History reminds us that we’ve been here before. The British Library’s excellent exhibition – “Magna Carta: Law, Liberty and Legacy” – traces how Magna Carta emerged out of the murky realpolitik of medieval England. The original version agreed by King John and the barons at Runnymede in 1215 withered away within a few weeks of its writing. It was only when the wording was revised in 1225 and added to the Statute Roll in 1297 that it became part of our law. There was even a European dimension to this. Written in Latin, granted by a French-speaking King of England and borrowing from similar charters on the continent, Magna Carta may not be as quintessentially English as some like to think.

The charter is more mythologised than read. Whilst few of its clauses retain any modern relevance (gone are the obligations to remove fish from weirs in the Thames), the sacred text has been no less powerful at shaping political identities of those from the Levellers to the Chartists, the American revolutionaries to the leaders of anti-colonial movements who have embraced it as a symbol of liberty.

But if the authors of “1066 and all that” thought that “Magna Charter was the chief cause of Democracy in England and thus a Good Thing for everyone (except perhaps the Common People)” then why has the Human Rights Act come to be seen as a Bad Thing?

The Conservatives maintain that Labour’s Human Rights Act has cheapened English democracy by allowing European judges to advance an agenda that voters would otherwise reject. For that reason they tell us we need a “British Bill of Rights” even if that means leaving the European Convention.

This framing conflates universal rights with debates about our place in the EU and brands “human rights” as a leftish fetish. It is no accident that the Tories opted for the title “British Bill of Rights” when they first announced plans to appeal to those voters drifting to UKIP. It marks a deliberate nationalist turn away from the universal language of human rights.

This is where we need to start winning the argument. After passing the Human Rights Act in 1998 Labour did a poor job of explaining the Act’s purpose within our constitution and  allowed opponents to toxify it. There is a detailed legal argument to be had about the best mechanisms for protecting our freedoms and about the weight to afford the judgments of the Strasbourg court. However, we must recognise, as our opponents understand, that we need to explain how the Act speaks to the heart of our national identity.

This anniversary offers us the chance to re-present the Act and its origins as a symbol of Britishness and the positive role Britain can play in the world. The British Library’s exhibition on Magna Carta’s legacy culminates in a display of three modern human rights instruments. The Universal Declaration of Human Rights (1948) was born out of World War II and the fight against Nazism which defines our national story. It was the first global codification of the rights to which all human beings are entitled by virtue of being human. This was followed by European Convention (1953), largely drafted by British jurists including Conservative politician, David Maxwell Fyfe, and committed states to complying with obligations in the Universal Declaration. And finally the Human Rights Act (1998) which Labour passed to enshrine the Convention in English law enabling English people to enforce their universal rights in English courts without needing to go to Strasbourg.

The history of our human rights laws are the very opposite of the Cameron’s “little England” attack. The story is one of internationalism, working in cooperation with European neighbours, whilst recognising that human rights and their enforcement transcend the political vagaries or party politics of the day.

It is ironic that the Government wants us to celebrate our national pride Magna Carta, which you can’t enforce in a court, whilst it repeals the Human Rights Act which you can. As the greatest English judge of recent times, Lord Bingham asked when outlining the rights protected by European Convention – the right to life, the right not to be tortured, the right to a fair trial – ‘Which of these rights, I ask, would we wish to discard? Are any of them trivial, superfluous, unnecessary? Are any of them un-British?’

Some will tell you the Human Rights Act threatens British values. It doesn’t threaten British values. In fact it codifies them. Labour should tell a story about our human rights laws which is about a nation looking outwards and engaging with the world to recognise those freedoms which are universal and inherent in all of us. These laws are about giving all people the power to hold governments of every stripe to account – what could be more British than that? 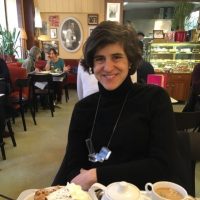