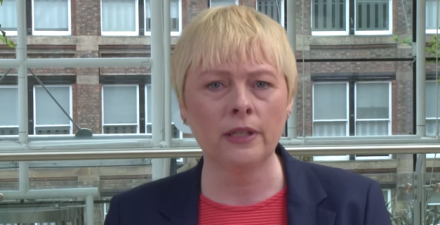 Beckett has written a letter to all MPs who have not yet used their nomination in the deputy leadership race asking them to back Eagle so that she “get[s] over the line.”

Candidates need the backing of 35 MPs to get onto the ballot paper.

The former minister and Labour leader, writes that Eagle has “impressed” her over the years. Beckett dubs Eagle as a “straight talker”, who if elected deputy leader would “act without fear or favour.” She also argues that Eagle is “a champion for women’s equality and for LGBT rights – and someone needs to pick up Harriet’s mantle.”

Beckett, who was one of 35 people to nominate left winger Jeremy Corbyn in the leadership race, asks her fellow MPs to ensure “that members have a chance to vote for Angela in this election” and make sure that “we go in to this election with
the widest possible choice.”

Eagle currently has 22 endorsements. Of the six candidates standing for the position – Rushanara Ali, Ben Bradshaw, Stella Creasy, Eagle, Caroline Flint and Tom Watson – only Watson and Flint have the nominations they need to make it onto the ballot.