Our lives our defined by our work, the communities we come from and our most strongly held values and beliefs. Defending and strengthening our rights at work is at the heart of what it means to be Labour. Back in 2009, the Information Commissioner exposed details of a large-scale surveillance operation run by a company called The Consulting Association. This company collated files on thousands of construction workers and sold the information to 44 construction companies.

Blacklisting is the illegal practice of systematically denying individuals employment on the basis of information, accurate or not, held on some kind of database. While it has been a serious blight on the construction industry for many decades, the discovery of this database was concrete proof of a massive national blacklisting scandal. 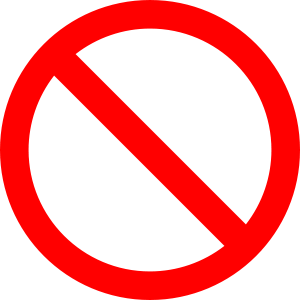 The raid resulted in the closure of the database, which had been used to record details of union activity and health and safety campaigning by construction workers. In some cases, just attending a meeting was enough to get you blacklisted from future employment.

The list contained over 3,000 names of workers, many of whom had had their lives ruined as a result. As the GMB point out “Blacklisting has devastating effects, including lengthy periods of unemployment, and being forced to retrain to work in other industries. Not only does this cause financial hardship for the person blacklisted, but also for anyone who is dependent on that person’s career.”

A national campaign led by Trade Unions like the UCATT, the GMB and Unite has sought to achieve justice and compensation for those affected, as well as calling for a full public inquiry and for companies guilty of blacklisting to be barred from tendering for publicly procured contracts.

Shockingly, around half of the workers on this secret database still do not know they were victims of blacklisting. As a society, we cannot turn a blind eye to this unjust, illegal practice.

Many Councils across the country have passed motions against blacklisting and supported the national anti-blacklisting campaign. In 2013 Islington Council wanted to look into what additional practical measures could be taken. Due to the scale of the practice and the terrible impact this had on the lives of thousands of workers, we investigated how local authorities could avoid doing business with companies guilty of blacklisting who had not self-cleansed (e.g. providing detailed evidence of the steps taken to remedy past damage done and prevent future occurrence.)

As a council, we adopted the following changes to its procurement policy:

I am delighted that other Councils have adopted similar procurement processes to tackle blacklisting. It is great to see so many Labour Councils adopting ethical procurement processes. If Labour had won the election the party had promised a full enquiry into blacklisting. We should continue to campaign for this and support the ongoing major legal action. There is also a lot we can do right now in local government to challenge this disgraceful practice, hold guilty companies to account and fight for justice for thousands of workers