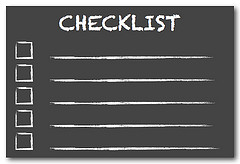 In case you have a vote for the Labour party leadership election and haven’t yet voted, here, in no particular order, is an objective check-list of twelve ideal characteristics and qualities for an effective, radical Labour leader capable of winning elections. Some, including the first and last and a couple in between, are absolutely essential; others merely desirable. No-one will agree with every item in the list – some will no doubt smell ‘élitism’ — but I hope most will agree with most of them. No single candidate ticks all 12 boxes. But whichever of the four candidates ticks the most boxes is probably the one to vote for: and please recognise the risk to the party and the country if you’re thinking of voting for a candidate who ticks very few of them:

Which candidates tick which boxes is partly a matter of subjective opinion, but also partly of indisputable fact. I have compiled the list with no intention to advance or belittle the claims of any particular candidate (although it will be obvious that in practice the list effectively disqualifies one of them).

If you’re voting for Jeremy Corbyn, you probably don’t need to bother using your second, third or other preferences, since Corbyn is most unlikely to be eliminated except possibly in the last round, so his second and lower preferences are extremely unlikely to be redistributed. Indeed, if the polls are to be believed, and taking into account the consequences of a totally asinine electoral system (for which no thanks, Ed), Jeremy Corbyn could well be elected in the first round, by winning at least 50% + 1 of the votes cast. I’m prepared to risk the prediction that the Labour party with Jeremy Corbyn as leader will never win a general election. I just hope we’ll never know.

Brian Barder is an author and a former diplomat