Whatever the outcome of the Labour leadership election one thing is clear, we moderates in the party were smashed. This may have been easier to stomach if the candidate or campaign had been rubbish – they weren’t. They were actually quite good. But as Lynton Crosby says “you can’t fatten a pig on market day” and it is clear now the moderate wing of the party’s campaign infrastructure is sorely lacking. There are some noble reasons for this. But that doesn’t matter. If we want to win we need to get four things in place before the next campaign or, as one senior member of the Kendall campaign told me, “it’s like running the 400m whilst trying to put your knickers on”.

Corbyn’s rise might look like an overnight success but his wing of the party have been building their movement for years. Dr Eoin Clarke gets a lot of publicity because journalists are on Twitter but his audience pales in comparison to the hundreds of thousands who like a network of left wing Facebook pages. RedLabour where a lot of Corbyn staffers started was rolled out nationally with no resources by Alexander Craven. And that isn’t even one of the larger ones. Corbyn’s movement has combined these pages with more traditional organisations such as Trade Unions and socialist societies to create a powerful movement.

We can’t wait for the membership list at the start of the campaign to start finding volunteers. We need to start now. Building up that database centrally is hard and takes resource we don’t have, but tools like Ctrl Shift Labs and Facebook allow MPs, Councillors, members and the public to run their own campaigns and grow the networks data.

You didn’t receive a mail out from Liz? It didn’t get lost in the post, she just couldn’t afford to send one. Which should humiliate all of us. The big donors that should have supported the campaign didn’t and we didn’t have the audience in place to do a serious micro-funder push.

The creation of formal bodies in the style of “The Chris Smith List” or “Emily’s List” in the US could be a practical way to build reserves from big donors before a campaign starts. If the current crop of moderate donors are too tight fisted then a prawn cocktail offensive is needed to replace them.

However, in the UK, – quite rightly – big donors will never be enough. We need to start building out our understanding of micro-donations. A/B testing page layouts and copy tricks now, so when the time comes we know that our candidates are best equipped to fund those crucial early weeks.

The false dichotomy between moderates in the Labour Party and large parts of the trade union movement has held us back for too long. It is very rarely in politics that the cynical thing and the right thing overlap but building a strong coalition amongst radical centrists and radical trade unionists will simultaneously help us win elections and fix the big problems facing our country.

We know that our values are exactly the same as everyone else in the labour movement. Where we may differ is method. Yet we have allowed ourselves to get painted as Tories, cynics and careerists. Most of this doesn’t come down to policy but rather tone and emphasis. In a search to become the party of government we have adopted the language of the centre ground, which fails to resonate with the rest of our movement. Whether this was the right decision doesn’t matter – it makes winning internal elections hard.

The most obviously stark example of this during the current election is in a much missed interview with LabourList Andy and Liz gave about tax breaks for private schools. Both answers were in substance the same; serious, understanding and full of nuance. But whilst Andy started with ‘no, private schools shouldn’t get tax breaks’, Liz started with ‘yes, they should’. Labour members understand that hard choices have to be made but they want to be sure that those choices are still moving us closer to the ideal.

Our wing of the party has correctly taught me to never blame the electorate. Focus groups may be needed but we need to start having proper conversations with our comrades when we are campaigning in seats. The practicalities of winning shouldn’t stop us having wider conversations about the future of the labour movement.

I was once at a pub quiz where one of the questions was ‘what is the national animal of Scotland?’. One lady on the table opposite knew it was a unicorn. Her friends were incredulous. She tried to convince them but the more emphatic she was the more drunk she looked and the less her friends believed her.

It was funny to watch, but it’s a reminder that being right doesn’t always matter. 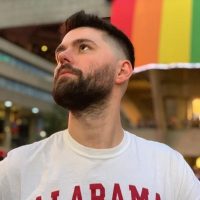 Tom Mauchline is a Labour member and was head of digital for Jess Phillips' campaign.

View all articles by Tom Mauchline