With the frenzy of this leadership campaign, the fact that we have elections in May next year has gone under the radar.

The 2016 elections are going to be a serious test for our party – we need to show that we’re able to win back people in Wales and from the SNP in Scotland whilst managing to maintain the level of support required to win in London, all the while clawing back councillors and councils in England from the Tories. Together, we represent the areas of the country and parts of Labour that will face the electorate next year.

We don’t have long to pull ourselves together after this leadership election and we need to get cracking straight away. We support Stella Creasy as a Deputy Leader who will hit the ground running, harnessing the energy and enthusiasm of this election campaign and using it as a driving force to take us into the set of elections next May. 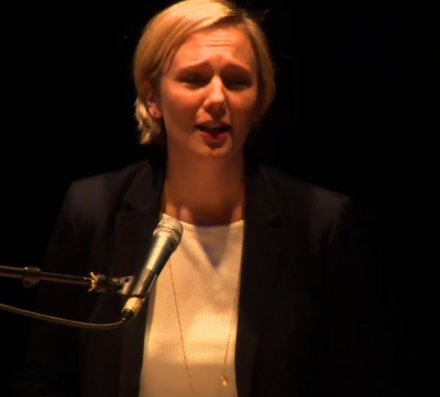 The scale of the task facing us in 2016 is huge – no-one can expect that there is a silver bullet capable of solving all of our problems before May, but Stella understands the enormity of the challenge we face and she has the right ideas to give us a fighting chance going into them. Throughout this leadership election she has been arguing that if we are going to win in 2016 and beyond, we have to become more than just a machine. We have to rebuild our party and become a movement again, reconnecting with those who didn’t vote for u, and showing them that we can once again be a vehicle for change. And we need a Deputy Leader who won’t be sat in a backroom in Westminster, but one who will take the fight to our opponents on the airwaves and out on the frontline in the grassroots.

Stella has already started to use her experience to help Labour in the places we need to win back next May. As part of her campaign in this leadership election, Stella has been running Fight(Back) Club training sessions in Scotland, Wales, London and places in England with council elections coming up. It’s crucial that we modernise and develop the skills of our activists going into the elections next year; what’s more, Stella understands that this is the best way to unite our party by harnessing the energy and enthusiasm of this leadership election – channeling that fire into taking the fight to the SNP, Plaid and the Tories next May.

We know that these aren’t just empty words either. Stella is someone of real substance and principle, and she’s proven that she knows how to make things happen. Her campaign against Wonga and the payday lenders showed what we can achieve when we come together and organise – that’s why we’re backing her for Deputy Leader. We’re going to need that organizing, uniting zeal going into the elections next year.

Whoever you’re voting for for Leader, we urge you to give our party the best chance in fighting the elections next May by making Stella Labour’s next Deputy Leader.

Cllr Simon Blackburn is Leader of Blackpool Council; Helen Hayes is the MP for Dulwich and West Norwood; Cat Headle is Scottish Parliament PPC for Edinburgh Western and David Rees is the AM for Abervon