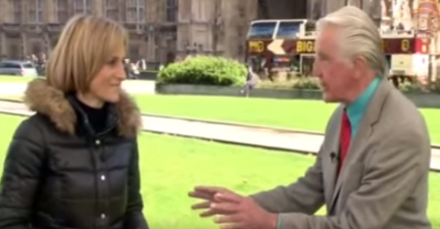 Dennis Skinner laid into BBC journalist Emily Maitlis on College Green earlier today, after feeling he had been misrepresented by her summary of their interview.

However, firebrand Skinner was unhappy with what he felt were unfair implications in what she had said and, as he was stood next to Maitlis, decided to make his feelings known, telling Maitlis that he had “told Jeremy Corbyn beforehand”.

“It’s time that you got real, and you understood that you’re not working for Murdoch at the BBC. Because you seem to be following the same pack.”

You can watch the full clip here: