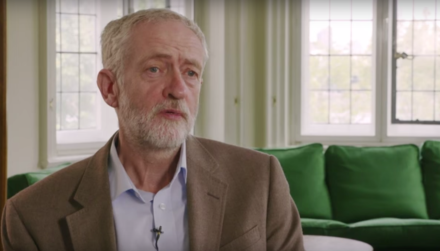 Jeremy Corbyn has reacted to reports that ISIS fighter Mohammed Emwazi, commonly known as Jihadi John, may have been killed in a target US airstrike in Syria last night.

While the Labour leader says that Emwazi has been “held to account for his callous and brutal crimes”, he says it “would have been far better” if the jihadist fighter had been tried “in a court of law”. He added that it underlined the importance of bringing an end to the Syrian conflict, which is now almost five years old.

Emwazi is responsible for the beheading of many ISIS hostages, including British aid workers David Haines and Alan Henning. The murders were often recorded and uploaded onto the internet for propaganda purposes.

“We await identification of the person targeted in last night’s US air attack in Syria.

“These events only underline the necessity of accelerating international efforts, under the auspices of the UN, to bring an end to the Syrian conflict as part of a comprehensive regional settlement.”