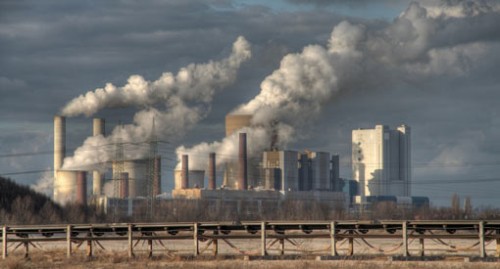 After tax credits, energy and climate policy are now the Tories’ greatest vulnerability and should be a top Labour priority. But while the shadow team have been attacking the Government, their criticisms haven’t yet damaged the Tories, allowing them to get away with policies that are killing jobs and unnecessarily increasing bills.

On energy, there’s an opportunity for Labour to label the Tories’ current approach as incompetent, with recent decisions appearing to be contradictory. One minute, the Government is cutting subsidies for solar and wind: both clean and popular sources of power. The next, it’s signing a deal for a new nuclear plant at Hinkley Point that commits to generating electricity for decades at eye-watering costs.

This allows Labour to argue that the government’s decisions are directly making life worse for people across the country. The unexpected slashing of support for solar has already cost over 1000 jobs and the industry claims up to 27,000 are at risk, as a result of government policy.

At the same time, the nuclear deal is expected to add over £1bn a year to household’s energy bills: the equivalent of around £40 per household, every year, for 35 years. While we need new power sources, few outside the government argue this is the best-value way of providing it.

Put these together and you’ve got a neat criticism of Government policy. We’re losing skilled manual jobs in what should a growth industry, while also putting an unnecessary cost on already-stretched families. Both fit with the tax credits frame that the government is undermining work and adding to the burden on poorer families.

The combination of the two is important, as it allows Labour to show it’s not just looking for government subsidies to protect jobs and promote growth, but that it also expects public money to be spent well and not wasted on overpriced vanity projects.

To her credit, Lisa Nandy has been attacking the government on this and Labour is developing policies for community energy production. But it’s been left to her and the rest of the shadow Energy and Climate Change team to take on the Tories about these issues and they haven’t had much attention from those not already interested in the area.

Labour could do more damage if the leadership gave this a higher priority. This is an opportunity to either force a change in policy or do lasting damage to the Tories’ reputation: the Hinkley Point contract could be seen as their Millennium Dome, but for now it’s not getting enough attention.

Similarly, Labour can force a change in the Government’s climate policy.

For a few years, the Tories have had it both ways on climate change. They’ve kept just enough support for policies to cut emissions to maintain the appearance of being modern, while also signalling enough opposition to carbon-reducing measures (like wind farms) to appeal to those of their supporters who reject climate science.

The government seems in no rush to strengthen its climate policies. In what was billed as a relatively progressive conference speech, Cameron only mentioned climate change once, briefly.

Labour can again take on the government here, and force it to resolve the contradiction. This would put pressure on Tory policy on both fracking and Heathrow expansion: if climate is forgotten, backing both is hard but perhaps manageable; with climate a factor, it becomes even harder.

Again, Labour’s shadow team have been criticising the government on climate change – but here the arguments need to be not only amplified, but also sharpened.

The weakness in Labour’s attacks is the assumption that most people would see weakness on climate change as self-evidently shameful. A small proportion (around a fifth) might do so, but most people (around 60%), while not disputing climate science, just aren’t sufficiently interested in climate change to get angry at a failure to cut emissions.

Before Labour can hurt the government for apparent contradictions on the climate, it needs to show why foot-dragging matters to voters. One option is to focus on the damage that extreme climate change would do to people in the UK, with repeated severe floods, the loss of much of our coastline, and killer heatwaves (the last may seem laughable, but remember how unpleasant the heat was in July this year). As with bad decisions on energy policy, ignoring climate change has a direct cost to voters.

Labour has clearly recognised the scope for taking on the government in these areas. But while the shadow team have got the right lines on energy, the climate argument isn’t yet as clear as it needs to be and the leadership could give the issues more prominence. With the right approach, Labour could use both issues to do wider damage to the government.

Leo Barasi writes about climate change, politics and public opinion at Noise of the Crowd.

View all articles by Leo Barasi