The Lib Dems have hit the campaign trail in the Oldham West by-election with a classic example of their most fabled vote-winning technique: the leaflet bar chart.

The party has a long history of dodgy bar charts – and the latest is one of their best ever. 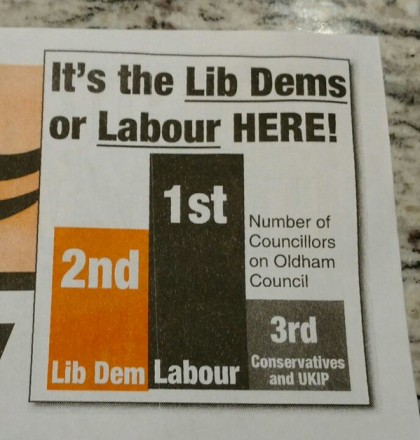 But in May’s General Election, the party finished fourth in Oldham West and Royton, with just 3.7% of the vote – 6,598 votes behind the third placed Tories, over 7,000 behind second placed UKIP, and a whopping 22,000 behind Labour’s Michael Meacher.