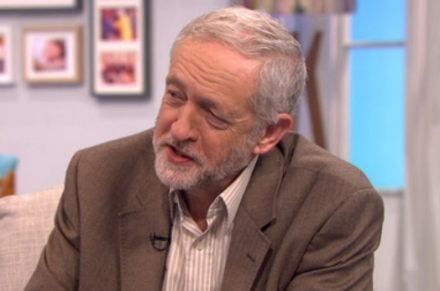 As Labour discovered in the 1980s, national security is a baseline question voters look at before deciding whether a party and a potential Prime Minister are fit for office. If the electorate does not believe you will protect them as well as possible from overseas and terrorist threats, they won’t even get as far as looking at your domestic, economic and social policies. Robustness on defence and security is a characteristic both of the swing voters who decide elections and of a large chunk of Labour’s traditional working class core support, who want economic redistribution and well-funded public services but also leaders who they can trust to defend the country’s security.

The Paris attacks have pushed national security back to the centre of the political agenda and sadly Jeremy Corbyn’s response has not hit a tone that will be acceptable to many voters.

He needed to totally disassociate himself from the Stop the War Coalition (which he used to chair) after their appalling victim-blaming initial statement that “Paris reaps whirlwind of western support for extremist violence in Middle East” (even though France opposed the Iraq War). Now would be a good time for Jeremy to say “I am proud of my involvement in Stop the War’s campaigning against the Iraq War but they have lost their moral compass and I no longer support them”.

On the drone strike against “Jihadi John” his position seemed muddled as he tried to square the obvious benefits to humanity of the death of an evil murderer with his own opposition to the use of drones. Jeremy said “It appears Mohammed Emwazi has been held to account for his callous and brutal crimes, however, it would have been far better for us all if he had been held to account in a court of law.”

It wasn’t necessary for him to say the second part of the formulation, even if he believed it, and rather than straight talking it will come across to ordinary people as mealy mouthed, and just a weird reaction to something most people will see in very straight-forward terms as a triumph for British and US security forces and for good over evil, as well as completely naive as it implies police action can be taken in a lawless war zone.

On the question of “shoot to kill” against terrorists his remarks (“I’m not happy with a shoot to kill policy, I think that can often be counter-productive”) will also just sound odd in the context of what happened in Paris. The only way to guarantee stopping someone firing a Kalashnikov or about to trigger a suicide belt is to shoot to kill them. People working and living in our major cities know ISIS will have ambitions to mount this kind of attack in the UK and want to know our police will have the power to kill terrorists to save civilian lives.

Of course, there need to be all kinds of guidelines and rules of engagement to minimise the risk of another tragedy like the Juan Charles de Menezes shooting after 7/7, but they don’t need the Leader of the Opposition to rehearse this degree of nuance or sound angst ridden about an obvious decision.

On the key question of whether the UK should join France and the USA in air strikes against ISIS in Syria, I’m open-minded about whether it would help matters for us to participate. Jeremy Corbyn should be as well. He needs to use his new status as a Privy Councillor to ask for an appropriate level of briefing from military and security experts so he can make an informed decision based on their advice, not on his anti-war gut instinct.

He should also use his status as a fellow-leader of a socialist party to consult President Hollande about what support France expects from both the government and opposition in the UK. My questions would be:

Corbyn’s ambivalence when asked about the efficacy of French air strikes let alone UK ones looks pretty cheap. If you just offered France solidarity you can’t hint that their military response to the deaths of 129 of their citizens isn’t the right thing to do.

The current Labour formulation about the primacy of peace talks – Jeremy has said “the idea has to be surely a political settlement in Syria”  – confuses and conflates two issues and two parts of a three-sided conflict. Yes there probably does have to be a political settlement between the Asad regime and the “moderate” non-ISIS rebels. They have fought each other to a standstill, neither side can win, and the slaughter has to be stopped. But after that deal, they then have to unite to fight ISIS, with massive Russian and Western support. There can’t be a peace deal with ISIS for the simple reason that ISIS don’t want peace, their entire strategy is predicated on religious beliefs around provoking the apocalypse. They can only be dealt with by total military defeat, and even after that there will be years of counter-terrorism operations needed.

Given the complexities of all this, the massively changed situation compared to a week ago, and the genuine debate going on in the PLP, with Labour MPs not divided on traditional left-right lines (some of the main proponents of intervention are from the Soft Left and some of the main sceptics from the right), Jeremy’s bald stance that there will not be a free vote and MPs will definitely be whipped to vote against UK military action is premature and unhelpful to party unity.

Jeremy needs to decide if he is serious about running for the job of being Prime Minister, which involves life and death decisions about whether to deploy armed force against terrorist attacks, whether to order drone strikes, whether to order the RAF to fly missions alongside our allies.

To be a viable candidate for PM, you either have to change gear politically and get serious about national security, or accept that voters won’t even listen to your plans to improve the economy and public services. Or if the comfort zone of the Stop the War Christmas Party and trite but empty slogans about peace is more to your liking, you need to return to that world and let someone serious do the top job.