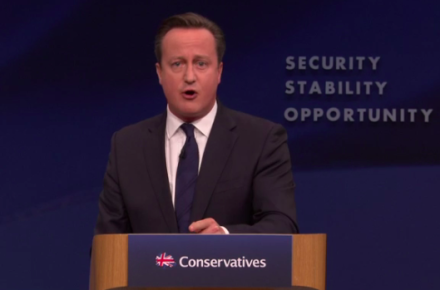 Labour is seeking to force the Government to proceed with the second part of the Leveson inquiry after Ministers suggested it was on the brink of being dropped.

Maria Eagle, shadow Culture Secretary, accused David Cameron of breaking a promise to set up an examination of misconduct in the press and police, which was due to follow the completion of criminal investigations triggered by the phone hacking scandal.

Today Eagle said Cameron is “reneging on this promise as though he had never agreed to it in the first place”.

Yesterday Eagle and Andy Burnham, the shadow Home Secretary, brought victims of press intrusion, as well as campaigners, to Parliament in an attempt to put pressure on Cameron and John Whittingdale, the Culture Secretary. Within hours, however, the Daily Mail reported Government sources as saying there was “no point” in re-opening the issue after several journalists were cleared in criminal trials.

The first part of Leveson looked at the culture, practice and ethics of the press.

Today Eagle said: “Victims’ groups spoke with one clear voice and demanded that the Government get on with holding the second part of the Leveson Inquiry. Reports that the Government have already turned their backs on Leveson II is nothing but another betrayal of them.

“By pretending it is business as usual and backtracking on Leveson, the Tories are deliberately turning a blind eye to serious allegations of high-level corruption and collusion between the press, the police, politicians and the judiciary.”

Now Labour intends to take evidence from campaigners including those present at Orgreave, South Yorkshire, where striking miners clashed with police in 1984, and the Shrewsbury 24, a group of industrial labourers who were arrested and charged following the first national building workers’ strike in 1972.

Cameron agreed to set up the first Leveson inquiry following the public furore over phone hacking. The episode was seen as a triumph for Ed Miliband who said he “took on” Rupert Murdoch.

This week Downing Street said a decision on the second part of Leveson would not be taken until after the completion of criminal proceedings relating to part one, which are continuing.