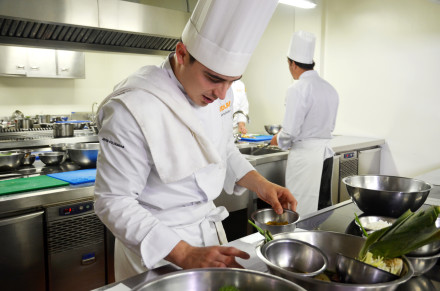 Working people and those who feel disenfranchised have traditionally been able to turn to Trade Unions for help, assistance and collective strength. Over the years, Trade Unions have used their collectivism to improve both terms and conditions and health and safety in the workplace. Indeed, one only has to study the history books to discover that by and large, wherever major, positive social changes and improved working conditions have occurred, you will more often than not find a connection to the Labour and Trade Union movement.

None of these changes and improvements were granted by simply asking politely. People often either put their lives in danger or risked going to prison in order to seek any form of social justice. Over the years, working people have had to scrap for every penny, every term and every condition. Nothing has ever been won, granted or secured without a fight. Indeed, had it not been for the likes of the BFAWU, people would still be wheezing away in cellar bakeries or asbestos-lined factories and no-one would even be aware of baker’s asthma or mesothelioma. However, despite generally being a force for good, Trade Unions are still under threat on an almost daily basis.

We need to be clear; the Conservative Party and other powers-that-be, had to be dragged into accepting democracy by the Tolpuddle Martyrs, the Chartists, the Suffragettes and the birth of the modern Trade Union Movement. From the outset, Tories have always gone to great pains in order to both hamstring and if possible, criminalise workers’ organisations. The Conservatives believe that only those at the top of society should have strength and power. They believe that the employer should have total autonomy over how they hire and fire, how much or how little they pay their employees and how safe they choose their workplaces to be. To them, working people are nothing but proles who should just be quiet and carry out instructions. This is why they treat any perceived opposition to their will with such contempt, anger and paranoia. In other words, they view Trade Unions as organisations that hinder their ‘born to rule’ sense of entitlement and ‘God-given’ right to control society.

Granted, Trade Unions are not without their faults and they certainly don’t get everything right. However, on the whole, they have had a far more positive impact on society than any Conservative-led administration. Unions have helped to reduce inequality and brought about democracy to the UK by helping to secure people’s right to vote. Despite fairness being at the heart of everything they have ever stood for, Trade Unions have been opposed and demonised by the Tories at every turn. Unions were once seen as the scourge of the rich and powerful and served to retain a credible social balance, whilst preventing widening gulfs in pay between those at the top of the pay-scale and those at the bottom. Since Margaret Thatcher’s war on Trade Unions during the 1980s, the Labour Movement has had so many restrictions placed on it that we have seen a gradual fall in Union membership and a neutering of it’s original strength with the wider consequences being the fall in wages and dubious employment practices that have resulted in the rising inequality we now witness today.

The government’s vile Trade Union Bill goes beyond anything that Margaret Thatcher and Keith Joseph could ever have devised. Like anything else, the devil is in the detail. This Bill attacks every worker in the UK, not just Trade Union members. It attacks every NHS worker, every fire fighter, every factory worker, every baker, every teacher, every bus driver and every office worker. It is designed to fundamentally end the freedom of association and re-introduce the criminalisation of workers’ representatives, just as the Master and Servant Acts of the 18th and 19th centuries did. The overall concept of this Bill is to return us to a system whereby obedience is part of your employment contract, if you’re lucky enough to have one. Under this legislation, failure to comply will result in you losing your job with little chance of fair play, as the whole thing is all underpinned with recent employer-friendly legislation, designed to price workers out of seeking any recourse via claims for unfair dismissal, due to any claimant now having to fund the cost of an employment tribunal themselves, with no guarantee of getting that money back, even if they win.

The attacks in this new Bill go even further; measures include banning Unions from using social media during the lead-up to any industrial action and forcing strikers to carry identification, whilst allowing employers to use agency labour to cover striking workers and cross their picket lines. This will have a huge impact on the relationship between workers and casual workers. This isn’t by accident. David Cameron has never shied away from an opportunity to create division among certain social groups. Since 2010, he has successfully turned employed against unemployed, private sector against public sector, able-bodied against disabled, old against young, ‘native’ against ‘migrant’. The Trade Union Bill is yet another example of classic divide and rule from the colonists’ handbook. Worryingly, the Bill also gives employers the freedom to use the police in their favour, forcing them to take sides and wreck any community respect and trust they may have had. Of course, all of this depends on whether or not Unions ever get as far as achieving a mandate for industrial action. The Trade Union Bill will ensure that a turnout threshold must be reached in order to secure a mandate. Given the fact that Unions are unable to hold workplace or online ballots, it will make any strike action virtually impossible.

This legislation is being proposed because of fear. If Unions were as weak and toothless as people claim, this Bill wouldn’t be anywhere near the table. The reality, is that despite so much anti-Union regulation already in place, the powers that be are still afraid and intimidated by the collective strength that organised working men and women possess. As restricted as Trade Unions are, at over five-million members strong, the Labour Movement is a fairly unstoppable machine, should it ever decide to mobilise itself properly. This collectivism is at odds with the big business interests that bankroll and fuel the Conservative Party. Make no mistake; no focus group, no march, no rally, no demonstration,no catchy slogan, no snappy soundbite and certainly no petition will ever persuade this government to change it’s course. In order to break this vindictive, de-humanising Bill, every Trade Union must be prepared to work together in order to join with our communities and engage with politicians who believe in democracy, because if we fail, it will sound the death knell for workers’ organisations and democracy as we know it will be gone forever, along with the hope of a decent, fair and equal society. In the name of all faiths, we cannot allow this to be the legacy of our generation.

Ian Hodson is the National President of the Bakers’, Food & Allied Workers Union

View all articles by Ian Hodson