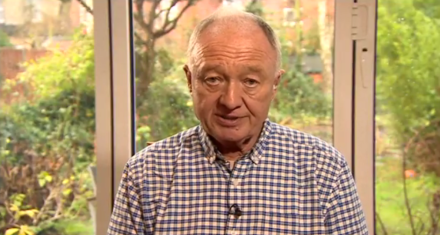 Ken Livingstone has been suspended from Labour for “bringing the party into disrepute” after he mounted a defence of Naz Shah.

The move comes after dozens of Labour MPs, including a number of Shadow Cabinet minister, demanded Livingstone be suspended for his comments on anti-Semitism, Hitler and Zionism. Scottish Labour leader Kezia Dugdale also endorsed the calls, while Welsh Labour leader Carwyn Jones said that “Ken Livingstone must be expelled today.”

You can see the full list of Labour figures who called for Livingstone’s suspension here.

The former Mayor of London, who is currently re-standing for Labour’s NEC, will now have his comments investigated by the party. LabourList understands that if he is reinstated by June 24, when nominations for the NEC election close, he will be allowed to run, having already secured enough nominations for the ballot.

A party spokesperson said: “Ken Livingstone has been suspended by the Labour Party, pending an investigation, for bringing the party into disrepute.”

Following the suspension of Naz Shah yesterday, Livingstone made a series of interventions on the topic, including that accusations of anti-Semitism are “well-orchestrated campaign by the Israel lobby to smear anybody who criticised Israeli policy as anti-Semitic”.

John Mann, the Labour MP who chairs the All-Party Parliamentary Group (APPG) Against Anti-Semitism, also faces a dressing down from Chief Whip Rosie Winterton, after he confronted Livingstone and called him a “disgusting Nazi apologist”.

The party spokesperson confirmed: “The Chief Whip has summoned John Mann MP to discuss his conduct.”