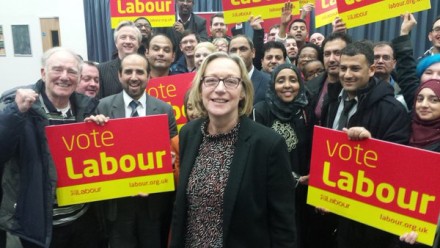 Furniss won the Sheffield Brightside and Hillsborough seat in last night’s by-election. She won 14,097 votes, or 66.5 per cent of the overall share – a jump from the 56.6 per cent Labour achieved in 2015.

After winning, Furniss said people have “had enough” of the Conservative Government.

Furniss was the wife of the late Harry Harpham, who previously held the seat. He died in February.

In Wales, Chris Elmore has held Ogmore constituency with a very small increase in share of the vote. He delivered a win with 54.2 per cent of votes cast, up from 52.9 per cent in 2015.

UKIP have seen a marginal improvement, up from 15.4 per cent of the vote to 16.7 per cent.

Huw Irranca-Davies vacated the seat to run in the Welsh Assembly, where he has won for Labour in the same Ogmore seat. Elsewhere in Wales, Labour have lost their Rhondda seat to Leanne Wood, leader of Plaid Cymru.

Here are the full results for both elections: