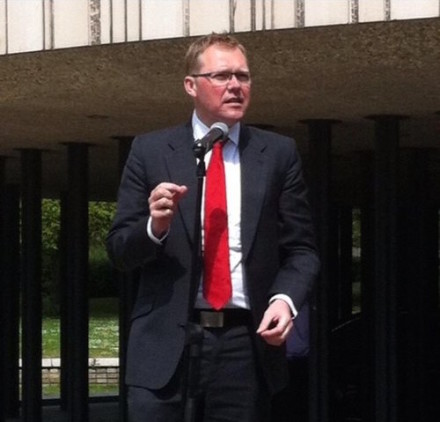 ‘Labour is not only a party of protest, It is a party of government’. John McDonnell wasn’t being sentimental when he said that during his State of the Economy speech – he was pointing out that this is a reality.

Nationally, Labour have been out of power for over six years but locally it’s a different picture. In cities and regions, in towns, counties and in districts, Labour is in government and for the first time ever, Labour are in control of all cities and regions in the country. Collectively, Labour mayors and councillors have been voted in by and to represent millions of people living and working in Britain.

Labour-run councils are building more affordable homes for our residents at a time when Government housebuilding has reached its lowest level since the war. We are providing thousands of fairly paid jobs, when official figures show that more people are receiving in-work tax credits to top up their pay than ever before.

Labour councils are shaping the future for thousands of children by forcing the Tories to U-turn over their ill thought out plans to force local schools to become academies, against the wishes of teachers and parents. We are holding the Government to account for their reckless policy agenda time and time again.

We’re proud of the work we do, but Labour in local government want to go even further, we want to build more council houses, keep calling for fairer funding and provide our communities with even more services.

Jeremy Corbyn was right when he talked about the importance of local public ownership. His own Labour-run local authority provides cheaper heating to hundreds of homes in the borough having built their own renewable power station that uses recycled heat from tube lines. This sounds like an idea from Dragon’s Den, yet it has come from our locally elected community voices, who now act as the real innovators for Labour.

This is happening up and down the country. It is more remarkable when you consider the fact that our councillors are in the front line against austerity, standing up for communities being damaged by the compound effects of public sector cuts and welfare reform.

DCLG has had the biggest cut of any Government department – and has passed it on directly to councils. Councils have been seriously disadvantaged by a Government which has abandoned any pretence of fairness in the way it distributes Revenue Support Grant and much of the Government’s policy agenda – the Housing and Planning Bill, forced academisation, the localisation of business rates- seem designed to punish areas where Labour is strongest.

We’ve fought the Government over this and much more, but we’ve also had a job to do – protect our residents from the worst of these cuts, whilst simultaneously delivering sustainable services.

Jeremy Corbyn recognised this when, at the launch of the local election campaign in Harlow in April, he stressed that Labour local government is a defence against the worst effects of austerity – praising Labour councils for the work that we are doing to protect the most vulnerable.

A Labour government needs to recognise how vital effective local governance is, if we are to achieve a radical and lasting reform. So it is welcome news from John McDonnell that a Labour government would give councils more powers to do more for their cities, towns and communities. He has talked about a National Investment Bank, which could supply the investment needed for big infrastructure projects, such as high speed rail, that will connect our cities and help us bring in economic growth and opportunity to our areas.

This idea will also help local and regional institutions provide financing for our small businesses, who are still finding it hard to get money from the big banks; bringing huge benefit to thousands of small business owners, their employees and their local economy. It will see local councils generate income that they can re-invest in local projects and services and it is a practical way to achieve the “radical decentralisation of economic power and authority back to working people and local communities”.

Perhaps most importantly, Labour has to acknowledge people’s desire to own a place of their own. But people can’t do this when they are being crippled by sky high rents and booming house prices.

That’s why giving local authorities the powers to impose rent regulation to secure fair rents where these are needed is something Labour has committed itself to once more, as well as further powers to allow councils to free up land and build more genuinely affordable houses – funded from savings in the Housing Benefit Bill.

Labour in local government support all of these calls and will continue to work with our front bench to ensure there is a clear Labour vision, delivered for what we want to achieve in each of these areas.

Real transformation begins at a local level. By the time of the next election, we will have been out of power nationally for a decade – so much of our experience in governing must be learned from the work of Labour councils – and there is much still to be done.

Nick Forbes is leader of Newcastle City Council and head of the Labour group on the LGA.

Nick Forbes is leader of the LGA Labour Group, leader of Newcastle Council, and a member of Labour’s national executive committee. He sits in Keir Starmer’s shadow cabinet.

View all articles by Nick Forbes