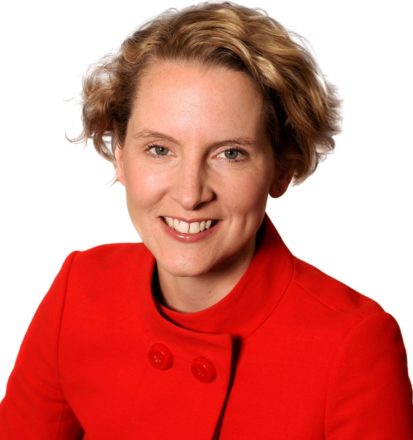 Backbencher Emma Reynolds has issued a complaint to Labour headquarters over claims John McDonnell has set up a “parallel organisation” to develop party health policy.

Reynolds, chair of the parliamentary Labour Party (PLP) health committee, said it was “surprising and disappointing” that McDonnell, the shadow Chancellor, had apparently chosen to work with the campaigners, who have served as recent members of rival political parties.

McDonnell has “set up a secret group of advisers to help shape Labour’s stance on the NHS, in an apparent breach of the party’s rules”, The Guardian claimed this morning.

It is understood that McDonnell has not set up any formal group and that he was keen to mediate with health campaigners who wanted to propose policy changes to the shadow health team.

Now Reynolds has asked Iain McNicol, General Secretary of the Labour Party, to look into whether any rules have been broken.

Reynolds, a former shadow Cabinet minister who declined to join the frontbench under Corbyn, wrote to McNicol, saying: “Labour Party members have a wealth of experience in the NHS and social care. Many have fed into the NPF policy making process. This is why it is so surprising and disappointing that John McDonnell has been secretly working with members of other political parties on health policy.”

McDonnell could not be reached for comment today. It has not been proven that he broke any rules.

When asked about the health campaigners a Labour spokesperson said:  “The Labour Party has no knowledge of this group and it has no connection or affiliation to the Labour Party.”

The full text of the letter is below.

It has been reported in today’s Guardian that John McDonnell has set up a parallel organisation to formulate health policy. As you can see from the article, members of other political parties, including somebody who stood in competition with one of our party’s parliamentary candidates, are members of this organisation:

I would like to formally complain against John McDonnell. I would also like to seek your advice as to whether, in setting up this parallel organisation and working with members of other political parties, he is breaking any of the party rules or the PLP Code of Conduct.

I am the Chair of the PLP’s Health Committee. We bring Labour MPs together regularly and take evidence from experts. We have been feeding into the Shadow Health Team, so ably led until recently by Heidi Alexander MP. I also sit on the NPF’s Health Policy Commission working closely with its co-Chairs Luciana Berger MP and Unison’s Keith Birch.

Labour Party members have a wealth of experience in the NHS and social care. Many have fed into the NPF policy making process.

This is why it is so surprising and disappointing that John McDonnell has been secretly working with members of other political parties on health policy.

Can you look into this as a matter of urgency? I know that other Labour MPs and party members will be upset by John’s behaviour.