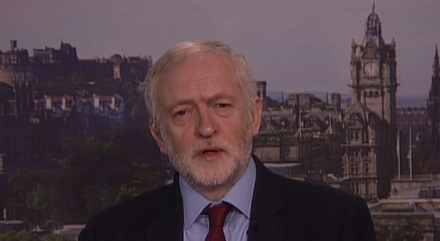 Here in Yorkshire, Labour voters and Labour members have been asking me what on earth some of our Labour MPs are up to.

They are telling me that they just don’t understand why, with the Conservative Government up to its neck in trouble, the priority of some Labour MPs appears to be to make divisions in the Parliamentary Labour Party front-page news and engineer a coup against the democratically elected Labour Party Leader. They feel that some Labour MPs are letting the Conservative Government off the hook because they are consumed with resentment that Labour Party members elected Jeremy Corbyn as our Leader.

And leaders of 12 trade unions have called this “a manufactured leadership row” and called upon Labour MPs to stop this “indulgence”.

Outrageous? Anti-democratic? Offensive to ordinary Party members? That’s exactly the point. I’ve seen quite a few Labour activists on social media declaring that if a ‘coup’ takes place, they will leave the Labour Party in disgust. That’s exactly what those plotting to scrub out the Party’s democratic decision last summer want to happen. For some, a much smaller and less active Labour Party is a price worth paying for a return to the status quo that they’re comfortable with – a status quo which lost Labour 5 million votes between 1997 and 2010, saw Labour decimated in Scotland and saw Labour end up as being viewed as part of a political establishment that’s not to be trusted. For some, the plan is to reconfigure the Labour Party’s membership to one at ease with their Blair-inspired politics through the tactic of disrespecting members and the democratic process to such an extent that members resign in droves. Don’t discount a strategy of trying to impose some sort of “caretaker leader” for a year or two until enough members have resigned in disgust to mean that a leadership election can then take place in which a candidate with Blair-inspired politics has a decent chance of winning.

Not only are these MPs out of touch with Party members. They’re also out of touch with voters. It’s completely removed from reality to believe that the problem for Labour in working-class communities in the North is that Jeremy didn’t give an uncritical ‘hard sell’ of the EU. Even those MPs representing Northern constituencies in Parliament who are not from, and don’t live in, the North, should have realised that.

Voters are not impressed with Labour MPs sharing platforms with establishment Conservatives – either in Scotland or anywhere else. And voters aren’t demanding a return of Blairism. The truth is that because of Iraq and because of his dedication to chasing money around the globe since he stepped down as Prime Minister, Tony Blair and Blairism commands virtually no respect or affection amongst voters in the UK.

There is no future for Labour in a retreat from opposition to austerity. A return to acceptance of the neo-liberal economic framework which has seen good manufacturing jobs go abroad, wages and terms and conditions hit hard, public services damaged, getting a council house or a mortgage reduced to just a pipe-dream for millions and increasing resentment at the political process will spell the end of the Labour Party as a party which can connect with ordinary people.

The EU Referendum showed that people are angry with the political and economic establishment. Jeremy Corbyn and his ideas are part of the solution to enable the Labour Party to win the next General Election, whenever that may be. Divisive indulgence and attempts to turn the clock back to outdated and discredited approaches of the past won’t help the people and communities that Labour exists to represent and lets the Conservatives off the hook.

Richard Burgon is the Labour MP for Leeds East and secretary of the Socialist Campaign Group of MPs.