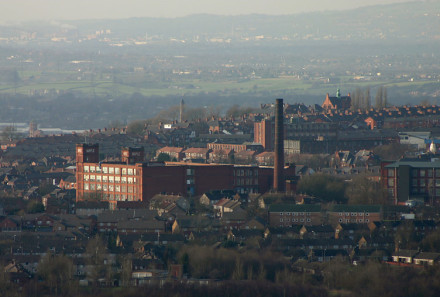 The month after the most important election in our lifetime, whether to remain or leave the European Union, we are only just starting to unpick what the referendum result means for the UK, for its different regions, areas and nation states, and for our diverse communities across the country.

Crucially we need to understand why the majority of people who voted, voted to leave and what this means for democratic reform.

Some have been quick to respond pointing the finger at immigration levels as the cause of the Leave result. However, although concerns about immigration were often raised on the doorstep, when I dug a little deeper, it was clear that immigration was often a symptom, a “catch all”, for a whole range of issues people are facing after six years of austerity Britain. And the vitriolic “fear and blame” campaign directed at migrants epitomised in the poster of Syrian refugees but enabled by irresponsible sections of the media – between 1 January and 23 June two national tabloids had 34 damning front page headlines about immigration and migrants – was nothing short of shameful.

As we know from organisations like the Institute of Fiscal Studies (IFS) and the Equality Trust, over the last six years this Government’s regressive economic policies have hit the poorest hardest. By 2020/21 the IFS forecast the 90:10 ratio, the ratio of income at the 90th percentile of the household income distribution to income at the 10th percentile, will increase from 3.8 to 4.2, largely as a result of tax and social security changes. In other words the rich get richer while the poor get poorer.

A recent analysis has also shown that those areas that tended to vote to leave had seen their wage growth compressed compared with other areas of the country. Add to this cuts to local public spending – in my own Oldham Constituency, above, the council has had its budget nearly halved since 2010 – particularly in the industrial heartlands of the north, it’s easy to see how economic inequality is being perpetuated, and why people voted as they did.

There’s overwhelming evidence from history and from more recent academic analysis of the insidious effects of unequal societies on the population as a whole, including an increase in criminality. The 42 per cent increase in recorded hate crime over the last year has mirrored the rise in inequality; the spike just before and since the EU referendum should concern us all. Paradoxically one of the things the EU tried to do was to address inequalities within and between European countries, and we will need to make sure that the government commits to distribute at least the same funding to these areas to avoid increasing these inequalities even further.

In addition to this, the United Nations has undertaken not one but two inquiries into the UK’s breaches under the Convention of the Rights of Persons with Disabilities (UN CRPD) and Human Rights Convention. The former has yet to be made public although it is understood that the Government has had a copy of the report for over two months, but the latter reported the week after the EU referendum. This also echoed concerns about the impacts of austerity on impoverishing and marginalising individuals and communities.

What is absolutely clear is that in addition to developing fairer, evidence-based policies that assess their impacts on socioeconomic inequalities and different population groups, we need to ensure our politics changes too.

The EU referendum engaged huge numbers of people in ways other elections have failed to do so, other than the Scottish Referendum in 2014. Why have general and local elections been so unsuccessful in engaging people in the same way? Does this reflect the referenda issues or is it more about party politics?

I think the reasons for this are also complex. Many politicians, both nationally and locally, really believe in public service and their role in this. They believe that they have a responsibility to their constituents not only to be in regular touch with them to hear about and address their issues and concerns, but to empower them as individuals and communities enabling them to take control. This is a community development approach to politics rather than the prevalent paternalism, or even worse, a politics which disempowers or ignores people, and is what I advocate in my annual summer school in Oldham. This brings together a diverse group of young people who learn about each other’s lives and communities where they may have had very little contact previously. In an ever more polarising world, we must ensure people of all backgrounds engage with politics if we are to improve the diversity of people in political life and crucially understand our communities better.

Linked to this is the importance of the relationship between community action or activism and formal political processes. I believe that this has been eroded over recent decades as politicians have become more detached and remote from their communities. We must rebuild these links, be part of our communities, and build the trust that grows from this, reflecting and representing the people we serve.

Fundamentally for democratic reform to happen, those in power need to be willing to share it.

Debbie Abrahams is shadow Secretary of State for Work and Pensions. You can debate the ideas in her article here.