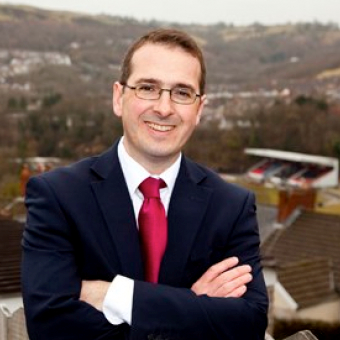 Owen Smith is a relative newcomer in the Labour family – but the Welsh MP, elected in 2010 but rising quickly to the front bench, announced his intention to run for Labour leader this morning and may have the credentials to see the contest through.

He hasn’t had the opportunity to lead high-profile events like Eagle did at PMQs, so hasn’t had a chance to show of any star quality like the other challenger. He does, however, still score highly on LabourList’s shadow cabinet rankings – appearing in the top five in every ranking so far this year.

Smith should be a successful political operator from a broad background in Westminster. He worked in BBC radio as a producer from for a decade after he graduated from Sussex University in 1992 so knows how to navigate the media. After that he became an advisor to Paul Murphy, another soft left figure, and then worked as a lobbyist for Pfizer before being elected in 2010.

It remains to be seen how his Westminster background goes down with the membership – but it hasn’t tempered his down-to-earth credentials in Parliament.

He drew accolades for leading the opposition to cuts to Personal Independent Payments in March, one of Labour’s biggest successes in opposition during this parliament. Labour forced a u-turn on £4bn worth of cuts in the Budget, embarrassing the Tories and winning for disabled people across the country. He took a hard anti-cuts line that could appeal to those disillusioned with Corbyn but want the party to keep the anti-austerity cause the leader has championed over the past nine months.

His rhetoric during the period was a fusion of the Corbynite appeal to equality and targeted attacks on the Conservatives. He demanded “they should do the fair, sensible thing. Scrap these cuts completely and spare hundreds of thousands of disabled people who’ve already suffered enough under the Tories” – and won the argument in the eyes of the public.

However, he didn’t take on a leading role in the EU campaign, which might raise concerns from members disappointed with the referendum result – or Corbyn’s role within it.

The Welsh MP voted against airstrikes in Syria, which should attract kudos from those previously sympathetic to Corbyn. Additionally, Smith wasn’t an MP in 2003 so did not vote for the Iraq war – and maintains the decision to go to war was wrong.

However, he didn’t break the whip on the welfare bill last summer and maintained Labour’s line to abstain on the controversial bill which delivered a sweeping new range of cuts – and which for some defined how Labour had lost its way.

He is not unpopular with his colleagues but, with the rebels now likely to whittle down their two candidates to one, Smith will have to prove himself even more in the coming days to ensure he ends up as the sole challenger to Corbyn.