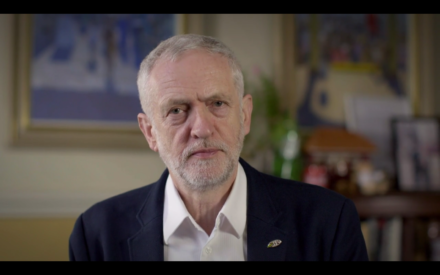 This is the message sent by Jeremy Corbyn to Labour members yesterday.

United we stand, divided we fall is one of the oldest and truest slogans of the Labour movement.

After last week’s referendum, our country faces major challenges. Risks to the economy and living standards are growing. The public is split.

The Government is in disarray. Ministers have made it clear they have no exit plan, but are determined to make working people pay with a new round of cuts and tax rises.

Labour has the responsibility to give a lead where the Government will not. We need to bring people together, hold the Government to account, oppose austerity and set out a path to exit that will protect jobs and incomes.

To do that we need to stand together. Since I was elected leader of our party nine months ago, we have repeatedly defeated the Government over its attacks on living standards. Last month, Labour become the largest party in the local elections. In Thursday’s referendum, a narrow majority voted to leave, but two thirds of Labour supporters backed our call for a Remain vote.

I was elected leader of our party, for a new kind of politics, by 60% of Labour members and supporters. The need for that different approach now is greater than ever.

Our people need Labour Party members, trade unionists and MPs to unite. As leader it is my continued commitment to dedicate our party’s activity to that goal.