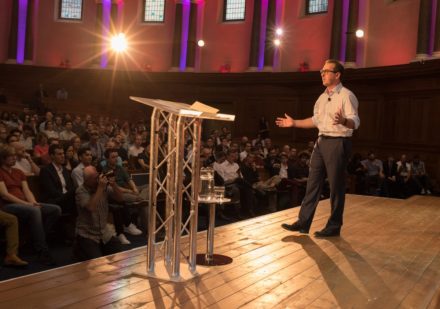 The biggest trade union so far to give its official support to a candidate in this year’s Labour leadership contest has given its backing to Owen Smith.

Usdaw is the third trade union to back Smith following announcements from Community and the Musician’s Union last week. The shopworkers’ union represents over 400,000 people and is the UK’s fourth largest union after Unite, Unison and the GMB – none of which have so far made an endorsement.

Announcing the decision, which was taken by the union’s executive committee, Usdaw General Secretary John Hannett said: “Workers’ rights, pay and standards of living continue to be at risk under a Conservative Government that is taking us out of the EU; so it is crucial that we elect a Labour Government at the next general election.

“Our members cannot afford years of principled opposition, with a Labour party divided and unable to secure the confidence of voters. We need Labour in government to improve workers lives and protect them from the dangers of being out of the EU and under the rule of a Conservative Government.”

Usdaw supported Andy Burnham in last year’s contest, and its decision came shortly after today’s deadline for affiliated trade unionists to sign up for a vote in the leadership contest.