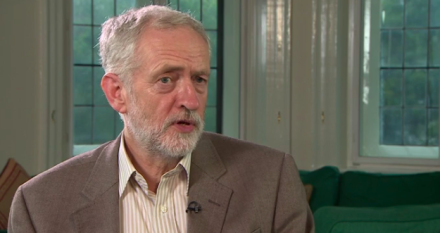 As a councillor in Islington and candidate for Labour’s national executive committee (NEC), I’m proud to again be supporting Jeremy Corbyn for Labour leader.

Jeremy has an unwavering dedication to fight to improve the lives of the many and not just the few. In Jeremy we have a leader who is standing up to austerity, standing up for our public services and articulating a credible economic alternative to the Tories’ failing and ideologically-driven austerity.

As a black woman and life-long anti-racist campaigner, I also know that Jeremy will be strong in opposing the demonisation and scapegoating of migrants, which sadly has increased since the EU referendum result. Jeremy has dedicated his life to ensuring there is no place for racism, Islamophobia, anti-Semitism and bigotry of any kind in our society – this is exactly the approach we need to have now if we are both to defend our diverse communities and take on the myths that seek to scapegoat migrants, Muslims and others for the disastrous effects of Tory cuts and years of neo-liberalism on much of Britain.

Contrary to the naysayers, Jeremy has already achieved much in the short space of time since he became leader last September. Jeremy has been getting on with the job despite some colleagues never respecting his mandate and a concerted campaign of denigration in some of the right-wing media.

Since September 2015, Labour has shown that we can be stronger and more resolute in our fight against the unfairness and damage being caused by this Tory government. In demanding economic and social justice and an end to austerity, we have started to clearly demand the real change the country needs to see, based on investing in our future and challenging a rigged system that works only for the few not the many. We are right to be outraged by a government that caters to the demands of the super-wealthy, while failing to meet the needs of the many, and to counter this we also need to offer real change, and that is what a Jeremy-led party can offer an electorate that has become increasingly disillusioned in recent years.

To win again, Labour must make it clear that never again will we allow an economy to be dominated by the casino gambling of the big banks. Instead, we must break down that power system that protects inequality, creates injustice and the widening gap between rich and poor.

We have no time to waste – our communities are hurting. We need investment, growth and opportunities all in equal measure. We need government intervention to a failing market, which is doing nothing else but distributing inequality. We need real action to tackle climate change and air pollution.

The Tories have long launched an ideological war on the poor, the working class, those who are disabled, those who rely on welfare and our unions and we have to unite to stop them.

This is 2016, yet people are working in Victorian type conditions, subjected to zero hour contracts; unscrupulous bosses and insecure work conditions. Our students have ever higher levels of debt and many young people are working for poverty wages. More and more benefit claimants are being unjustly sanctioned or being declared fit for work when they are terminally ill.

At a time when Theresa May has appointed arguably the most right-wing Cabinet in history, which is committed to continuing disastrous austerity policies, some in the Parliamentary Labour Party decided to focus their energies in trying to force Jeremy Corbyn out of the Labour leadership. In this they have failed, and now we must again have a discussion on our future and both the type of party we want to be and what kind of country we want to live in.

I am standing for Labour’s NEC because we need to unite around our elected leader and take the fight to the Tories so we can win the next election and transform Britain,

At this vital time, the voice of ordinary party members needs to be heard. Crucially, the NEC must reflect our growing movement and the hopes and optimism of the tens of thousands of new members who have joined for change and a better society and future must not be left in vain.

We cannot let the Tories get away with the pain they are inflicting and need a strong opposition, ready to win the next general election, based on a credible alternative economic strategy of investment not cuts – please support Jeremy for Labour leader and vote for the six Centre-Left Grassroots Alliance candidates for the NEC to protect your voice and give us the winning team we need.

Claudia Webbe is an Islington councillor and is running for the constituency section of the NEC. 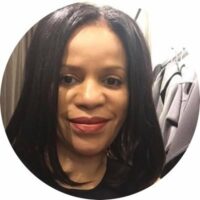 Claudia Webbe is the Labour MP for Leicester East. 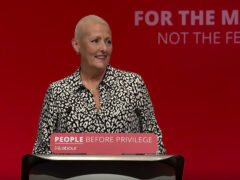