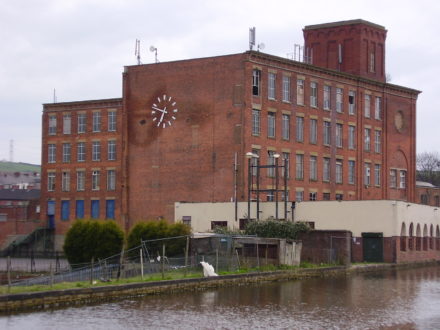 Jeremy Corbyn and Owen Smith will lock horns again tonight in the latest Labour leadership hustings in Gateshead, when one of the big topics will be how the two candidates plan to boost the economic performance of the North.

But while many of the ideas put forward by Corbyn and Smith in hustings so far could have a positive impact for the region – such as new investment funds and commitments on transport investment – there remains a danger that by dwelling on the economic history of the North, neither has fully grasped what it will take to equip people who live there to thrive in the future.

In setting out their plans for the North, both Corbyn and Smith have correctly identified that the growth of public sector jobs has been used to fill the gaps left by a shrinking manufacturing sector. The Centre for Cities’ analysis supports this, showing that cities such as Blackburn and Stoke had fewer private sector jobs in 2011 than in 1991, with all of the jobs growth seen in these cities driven by the growth in publicly funded jobs. At the same time, Blackburn saw half of its jobs in manufacturing disappear, while Stoke saw a reduction of two-thirds – and this was on top of the decline seen across the North since the 1950s.

However, both candidates have also indicated that to revive these cities we must reverse the decline of manufacturing. While this evokes nostalgic images of a Britain making things and a restoration of more prosperous and secure local economies, it risks ignoring the prevailing economic trends. Even accounting for a range of manufacturing success stories in recent years, the sector has been declining in the UK for decades – in terms of jobs, if not output – because of the rise of competition from elsewhere in the world. To remain competitive, businesses have either had to cut jobs and become more productive, or face going to the wall (as many have) as a result.

Some claim this decline was the result of government policy, rather than globalisation. But Germany, that bastion of manufacturing, has gone through exactly the same process in recent decades, seeing the share of manufacturing jobs in the economy half since the 70s. And ironically, government policy has attempted to revive manufacturing – with little success – for the last 80 years, ranging from the Special Areas Act of 1934 through to George Osborne’s rhetoric around ‘March of the Makers’ in his 2011 Budget rallying cry.

The problem lies not in the declines of the manufacturing sectors of these cities, but their struggles in attracting more knowledge-based services jobs. Our most successful economies today are the ones that have been able to reinvent their economies, securing investment from businesses in new sectors as they have emerged. Meanwhile cities which have struggled have replicated their economies, swapping coal mines for call centres and dockyards for distribution sheds – one set of low-skilled jobs for another.

The result is that those cities that have the largest manufacturing sectors today tend to be our weakest performers, in terms of productivity, benefit dependency and low average pay. They don’t need more manufacturing jobs if they are to thrive again – they need more high-skilled services jobs.

Of course, not all manufacturing jobs are low skilled, and the UK has a successful advanced manufacturing industry. But this isn’t based in the traditional manufacturing heartlands of the North – it’s primarily based in the Greater South East, in the same places that have been able to attract higher-skilled, better-paid services jobs.

Why is this? Because these places have the number one thing that high-skilled businesses, be they in either in services or manufacturing, require: an abundance of highly-qualified residents.

The reality is that if Corbyn and Smith want to reverse the fortunes of the North, they need to make skills their number one issue to tackle. This means setting out how they intend to improve the schools of the North, how they are going to better use the money spent on a myriad of adult skills programmes (that often conflict), and how they intend to attract business investment that creates graduate level jobs for the thousands of graduates that the North’s universities produce each year. Without doing this, the North will continue to struggle in the future, as it has in the recent past.

Paul Swinney is Principal Economist at Centre for Cities

View all articles by Paul Swinney