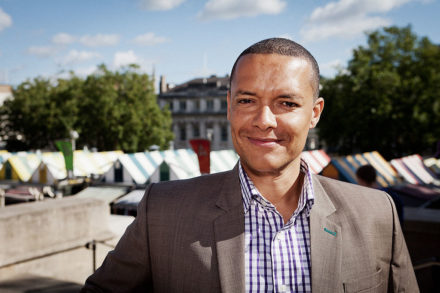 Conference, as a lifelong party activist it’s a great honour not just to address you for the first time, but to do so as Shadow Defence Secretary.

I speak today not just as a politician, but as someone who has seen first-hand the consequences when political failure leads us to war.

I’ve found there are some who are surprised to find an Army veteran serving as a Labour MP, as if it was somehow against the values we collectively believe in.

But I see no contradiction between my service and my socialism.

I want to pay tribute to the extraordinary men and women of our armed forces, who work so hard to keep us safe every single day.

They have continued to do so at a time of unprecedented challenges. From operations against Da’esh in the Middle East, to peacekeeping missions in Somalia, South Sudan and elsewhere, our armed forces have been exceptionally busy and dedicated.

Conference, when I look at our key military alliance – NATO – I see an organisation that springs directly from our values: collectivism, internationalism and the strong defending the weak. Its founding charter – a progressive charter – includes standing up for democracy and defending human rights. These are values that I believe go to the core of our political identity.

So, of course, a Labour government would fulfil our international commitments, including those under Article 5. But let’s be clear: that means both our military and our diplomatic obligations. We cannot have one without the other, and nor should we.

Every Labour government since Attlee’s has met NATO’s spending target of at least 2 per cent of GDP, every single year. And I confirm today that the next Labour government will do the same, including our UN and peacekeeping obligations.

Of course, what really matters isn’t so much what you spend as how you spend it.

And when I look at the Tories’ record on defence, I do not see a proper recognition of the value of our people.

What I do see is a government that has cut the size of the armed forces by a fifth, imposed an effective pay cut year-on-year, and it’s an insult to their dedication that they are not adequately housed.

But Conference, let’s be honest. There are defence issues on which we are not united. This should not surprise us though. The security of our country – the first duty of any government – demands nothing less than the most rigorous of examination and debate.

Friends, we know that nuclear weapons are one of those issues.

As you know, I am sceptical about Trident renewal, as are many here.

But I am clear that our Party has a policy for Trident renewal.

But I also want to be clear that our Party’s policy is also that we all share the ambition of a nuclear-free world.

So we will take steps to make that ambition a reality.

So we will make our long-standing multilateralism reality, not rhetoric. We will be working with international organisations, including the United Nations General Assembly First Committee on Disarmament and International Security, within the spirit and the letter of the Nuclear Non-Proliferation Treaty.

That will stand in stark contrast to the Tories’ lip service on nuclear disarmament; they have not brought forward a single proposal as to how they intend to achieve it.

Because Conference, we know how Theresa May uses Trident. Not as a military weapon aimed at deterring enemies overseas – but as a political weapon aimed at her party’s opposition at home. Us.

The best possible chance for a better, safer world is a Labour government.

Conference, only we in the Labour Party have the ideological foundation on which a defence policy  fit for the 21st Century can be built. We have to rethink what real security means.

Each of these will make the lives of hundreds of millions unimaginably hard, starting with the poorest.

Every day we see through our media the pitiful pictures of ordinary men, women and children forced from their homes, families desperately seeking sanctuary from war and social collapse.

And this is just the beginning. If we want it to stop we must look beyond the symptoms and tackle the root causes. The Tories can never do this because their right-wing dogma is the cause.

No Conference, it will be our values that solve these problems. Our internationalism, our passion for social justice, for economic justice and for environmental justice.

Our Labour Party recognises that a world without justice is a world that will never be at peace. By addressing injustice, we can help to deliver real security.

And if the Tories’ philosophy leaves them incapable of dealing with the challenges of the future, their practical choices are no better.

When I look at the Tories’ record on defence I can see that, as with so many of our public services, they simply don’t recognise the value of the most important asset we have in this country – our people.

The men and women – who have this Party’s deepest respect – that are the backbone of our nation’s defence. They are our sons, our daughters, cousins, nieces, nephews. They are all of us.

And yet this government has systematically undermined and demoralised far too many of them.

They have systematically undermined our industrial communities, ripping up Labour’s Defence Industrial Strategy and spent billions overseas, instead of investing in British jobs and British steel.

I want the money we spend on defence equipment to go not to the cheapest bidder but to those who pay fair taxes and fair wages, who provide decent jobs and support communities.