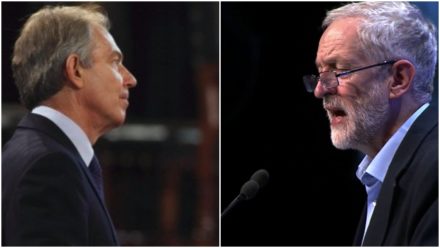 There has been a good deal written about whether the challenge to Jeremy Corbyn will peel off left-wing supporters. There has been less about the attraction which Corbyn has for many of us who were active in the party under Tony Blair, and there is a general assumption that anyone who was a Blair loyalist cannot support Corbyn.

Not so. I was Labour MP for Broxtowe from 1997 to 2010 – the only Labour MP ever to hold the seat in its current form – and the party’s candidate in 2015. With occasional deviations I largely supported the Labour government. I think that Blair and Brown led a government that was very successful in many ways but which was blighted by the disaster of Iraq. Ending the centuries-old conflict in Northern Ireland, introducing the minimum wage and rescuing the NHS from catastrophic under-funding are achievements to treasure, and we do ourselves and our traditions a disservice if we pretend that the era was barren.

But for the present, the social democratic well that powered the last Labour government has run dry. As a candidate in 2010 and 2015, I was frankly unable to piece together any coherent narrative of what Labour stood for, apart from not being the Tories. I don’t think I was alone in that. What was our vision for what we wanted Britain to become? Stumped for inspiration, the party called in the American consultant David Axelrod, who derisively but not unfairly reportedly described our 2010 manifesto as “vote Labour and win a microwave”. It is not obvious that his input enabled us to do better in 2015.

Jeremy Corbyn has done three things for the party.

First, he has set out a coherent left-wing agenda highlighting the issues that brought most of us into the Labour movement: poverty, housing, health, education, equality and the flame of international solidarity with the oppressed and refugees that we have allowed to burn low.

Second, he has drawn the right conclusion from the Iraq debacle: that Britain should now be extremely wary of further reckless interventions. Those of us who voted for the war need to recognise the fundamental mistake, instead of supporting further military action from Libya to Syria.

Third, he has maintained a standard of calm, equable politics free from personal abuse despite being on the receiving end of extraordinary vitriol from all directions. This in no way excuses the bad temper and abuse being traded in some quarters, but Corbyn has set a standard that deserves genuine respect.

This is not to agree with every policy proposal: he has not demanded slavish obedience, and as things stand he’ll be fortunate to get more than armed neutrality from his opponents if he is re-elected. But it is quite extraordinary that we are even considering replacing a leader who has revived enthusiasm in the party and doubled its membership in a year.

We are all too ready to label each other as Blairites or Corbynites. In reality we need to remember what made us all Labour in the first place: idealism and commitment to solidarity. Yes, Corbyn has a difficult task, as would Smith or any other potential leader. We should stop making it harder, and give him a decent chance. 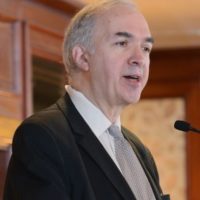