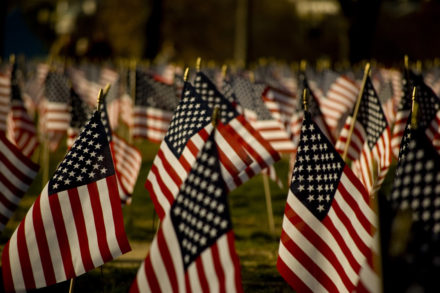 Democrats in the US and Labour in Britain have to recognise that we lack vision. The centre-left has entered a referendum and an election this year without a clear, optimistic vision for people who feel left behind by an unbalanced economy, by society changing in front of their eyes, by the political establishment. Until we recognise that, and do something about it, we won’t really appreciate why we lost.

There is no shortage of accusations levelled at Brexit ringleaders and Donald Trump that they based their campaign on scapegoating and stoking fear. That accusation is perfectly sound; it also doesn’t provide a comprehensive explanation of what is happening.

Implausible and incoherent as their vision was, they did actually offer one. And once the bile and every kind of -ism is stripped away, it was a simple, clear vision the people whose votes they were chasing could get behind. Trump would bring jobs back to America. He would deliver to the Rust Belt halcyon days of industry and skilled labour. Nigel Farage and Boris Johnson would lead Britain out of Europe and proudly into the world, our now-unbounded potential finally unshackled.

I have heard plenty of analysis from pundits poring over the results of the EU referendum and the US presidential election. It focuses on the factors that pushed voters away from the political establishment: out of touch, elitist, opaque. But it doesn’t give much attention to the fact that these voters weren’t just pushed from the status quo. They were pulled by a vision of no longer being left behind; a vision of a future that had a meaningful, important place for them, their skills, and their community. Put those factors together and you have a powerful sense of us and them: Them, straining and casting about for headlines to look like they understand. Us, united under a banner of change that promises… something. Not costed, not planned out, but brand new and immeasurably better.

The problem for parties of the centre left is that we focus on mitigating the factors that push people away from mainstream politics. To variously unconvincing degrees we try to explain people’s concerns back at them, or grit our teeth and cede ground to avoid looking out of touch. We come up with specific solutions to specific problems, in a vacuum, in the absence of any apparent sense of purpose. And what are we left with, without that sense of purpose? When the right asks people to vote for something, we are reduced to asking them to vote for ‘not that’.

Serious politicians can’t let attacks and fear-stoking go unchallenged, wherever they originate. But we need to move beyond conflating damage limitation with an offering to the electorate. We need a value-driven, mission led vision people want to share with us. A strategic, optimistic approach, rather than a tactical, limited and uninspiring one.  What does that vision look like? We have to offer a promise of security and certainty: quality housing and public services, an end to undercutting and exploitation, investment in infrastructure as a bedrock for local economies. And we have to offer opportunity: skills and training for future jobs, investment in key emerging sectors, serious support for our entrepreneurs and growing businesses.

We can’t out-Tory the Tories or out UKIP the Kippers. The US Democrats certainly can’t trump Trump. We shouldn’t try to. We need our own vision; one that lets people look to a future in which they, their children and their grandchildren thrive. A vision that says with conviction: this is where we’re heading, and nobody will be left behind.