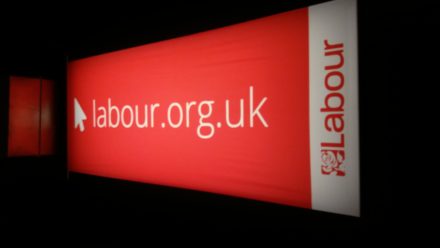 The look and feel of an organisation reflects its view of the world and how it wants to change it. Labour mirrors the world its wants to impose. It is a party that is centralised, rigid and linear.

In the 20th century that worked pretty well because the party was a product of such a mechanical and hierarchical world.  The good society would be done to people, who would be grateful and then vote for more of the same.

But such a world is receding quickly in the rear view mirror.  The world of now is flatter, networked and driven by as desire for voice and control.  The machine is rusting up.  Policy levers work as poorly as top down campaigns. In a world of Airbnb, Uber, Facebook and the rest the party’s structures and culture are defiantly old school.

It is time to start again.  If Keir Hardie was building the Labour Party from scratch today it would look and feel totally different.  It would recognise that power and influence isn’t just about control of the nation state, localism would matter just as much but that in a networked and global society corporations and civil society matter too. And would the founders of a new social democratic party today rest singular hope on the centrality of work in a competition to the death with all other progressive parties that might prioritise the environment or gender equality? Indeed, like the Greens and the Women’s Equality Party would we let people join other parties or at least be ‘friends of’?

If we were to start again then the party might not be based solely around Westminster and the leader might not be the leader of the parliamentary party.  Instead a more dispersed leadership would see influence building in civil society, the workplace, new media and communities as of equal importance.

And the culture would be open, experimental, fun and playful. These are not attributes we associate with Labour today or ever.  Technology would allow dispersed decision making to happen. The sentiment would about building alliances for change in a future that is negotiated with others not one that is imposed by the party. The bottleneck of the elite leadership would subverted by flatter connections between membership who just get on and run campaigns and develop policy.  Sure that needs co-ordination – but the drivers should be spontaneity and creativity from the bottom up. Not imposition from the top down.

Indeed the party would develop a culture and identity that was distinct and coherent – it would not simply be determined by whoever the leader was for a brief period of time. Think how Barcelona FC impose a style of play on each manager – not the other way round.

Compass has been exploring the nature of the 21st century party through a series of seminars and workshops that have culminated in these two publications: The Very Modern Prince by Ken Spours and Is the party over, or is it just kicking off? by Indra Adnan.  In their own ways they shed remarkable light on what a radical 21st century party could and should look like.

The central organising thought is this – 45 Degree Politics – the meeting point of bottom up or horizontal energy and experimentation and top down or vertical resources and legitimacy that can sustain and resource this organic change from below.  The party should occupy this 45 Degree fault line through which the new social order must emerge.

This thinking is already trialled in different ways across Europe.  From the Pirates in Iceland, to the Alternativet in Denmark. Momentum, at its best, shows flashes of what could be.  Indeed because much of its membership has come from people who voted Green or even Lib Dem in the past, or are from civil society organisations that know about alliance building, many of its people want Labour to be this 21st century party.

Podemos rightly say that “the people always go home”.  They may campaign and fight, occupy, sign, tick, click and join. But the party is the vehicle that turns these fireworks of bright activity – that fade as quickly as they ignite – into permanent floodlights of the path to a good society.

Clearly Labour cannot just start again from scratch.  It must reinvent itself as it fights for power.  That’s is enormously tricky.  And people within the system will not give their power away lightly. But Labour must become a party of the 21st century in order to shape this century. If it doesn’t – then something much darker will.