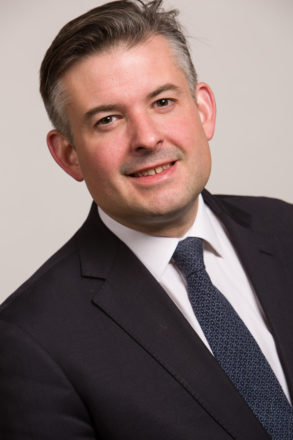 Thank you for that introduction and it is a pleasure to be here.

Our first duty should be to thank the 1.3 million staff who work in the NHS.

So to all the nurses, matrons, midwives, district nurses, community nurses and practitioners, schools nurses we say thank you;

To all the doctors, GPs, surgeons, consultants, yes junior doctors we say thank you;

The ambulance drivers, paramedics, pathologists, the porters, cleaners, admin staff, receptionists, practice managers, canteen staff, pharmacists, dentistry staff, call centre staff at 111, 999 to every single one of all the staff of the NHS we say thank you for your care, compassion, goodwill and dedication.

For almost 70 years the NHS has cared for us now as Jeremy Corbyn says it’s time for us to care for the NHS.

Because look at what is happening to our National Health Service.

The largest financial squeeze in history; starved of the funds it needs.

We have hospital trusts in deficit – last year their deficits was £2.45 billion.

By 2018 NHS spending per head will be falling.

The NHS faces a backlog of £5 billion in repairs for crumbling hospitals and out of date equipment. With ‘high-risk’ maintenance –the backlog categorised as an urgent priority in order to prevent ‘catastrophic failure’ and ‘serious injury’ – has soared 69.3% to £775.5 million this year.

And now they expect the NHS to find £22 billion of so called efficiency savings through the STPs which no one believes can be found without cutting frontline care, withdrawing treatments, merging hospitals, and closing A&Es. We will not allow these decisions to be made behind closed doors and in secret.

Things are so bad that even Andrew Lansley – remember him – even Lord Lansley has complained the NHS isn’t getting the money it needs.

An NHS underfunded, understaffed, and overstretched.

Understaffed because of cuts to nurse training places and let me be clear a Labour government will reverse cuts to student nurse bursaries.

Underfunded which means we have a health system buckling under the strain of huge financial and operational pressures.

The result is ever lengthening queues of the sick and elderly across the land.

Nearly 4 million people waiting for an operation; half a million patients have been waiting for four hours of more in A&E in the past three months;

The number of people waiting for 12 hours or more on trolleys up 700 per. One patient waited over 30 hours on a trolley

Doesn’t it just prove the age old adage you cant trust the Tories with the NHS.

And what does it tell you about the state of 21st century Britain under these Conservatives that the number of hospital beds take by patients being treated for malnutrition has trebled in recent years.

Because of the pressures on beds in the last few years a million patients have been discharged in the middle of the night. And the numbers of elderly and vulnerable people trapped in hospital with o where to go at record levels.

We have over a million of the most elderly and vulnerable people denied the care they deserve. Some maybe our own grandparents of parents, our own relatives.

And yet we have a Prime Ministers who walks by on the other side, refuses to face up to the problems and says to councils in the most deprived parts of the country you can raise your council tax next year by an extra per cent even though it will go nowhere near meeting your social care needs.

And while this Prime Minister ignores the real needs of social care she can find millions to build new grammar schools,

She can find billions to cuts taxes for the biggest corporations but can’t find even an extra penny piece for the social care demands of the elderly or treatment requirements of the sick.

So let us be absolutely clear – what prevents this Prime Minister from acting is not the financial constraints of the economy but the dogmatic constraints of her ideology.

And what about UKIP. I see they have this new northern Leader who says he’s coming after Labour.

Well Mr Nuttall you can bang on all you like about being a northerner and think you’re coming after Labour but I’ll you what, you’ll will find this northern working class lad who is now the shadow health secretary standing in your way, reminding the British you want to privatise the NHS, introduce charging and have a system that checks your purse before it checks your pulse.

So it falls to this Party – as it has throughout our history – to defend our National Health Service.

It falls to this movement as it has throughout our history to make the case with passion and yes pride for a National Health Service – free at the point of need for every man, woman and child.

It falls to us again to make the argument for collective provision not just for a basic health service but for the very best quality health service for all.

Because we know that a National Health Service funded through taxation; with treatment free at the point of delivery; where everyone is treated equally based on clinical need not ability to pay is not only the right thing to do but it’s also the most efficient, effective and safest system of health are across the world.

Inspired by the solidarity of the communities of Tredegar and motivated by the dream of a fairer society not just for some but for all Nye Bevan took responsibility to bring it about.

In doing so working men and women escaped from a world of patch work provision and charges for healthcare.

So let’s never forget that in his speech introducing the National Health Service Bill he said the NHS, would

“lift the shadow from millions of homes”

“No society can legitimately call itself civilised” he said, “if a sick person is denied medical aid because of lack of means”

And of a cause that still endures;

Now the responsibility falls to us.

So we say to the government give our NHS and social care sector and all who work in it the support and resources we expect.

It is the demand of a civilised society;

It is the demand of the British people;

We will give the NHS that brighter and better day.

A world class NHS providing the best quality care – free at the point of use for every man, woman and child.

This is my commitment; this is our purpose founded on the ethics of compassion, duty and service.