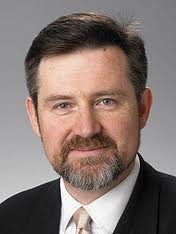 As we begin to forge our own trade relationships with the world separately from the European Union, we have exciting opportunities, but we also have to take clear decisions about our priorities for the international trade agenda. Trade can boost our GDP. But it can do much more. The choices we make and who we allow into the debate about those choices will have a profound affect on the shape of the UK as a society. Secrecy then goes to the heart of the debate about the UK’s future as a free trade nation .

As a minister in Northern Ireland, I became used to receiving classified briefings. There the need to preserve confidentiality saved lives. As a minister in the old Department of Trade and Industry I oversaw the export credit guarantee scheme and led a number of trade delegations.

So I was both confused and amused to learn that if I wanted to examine the current text of the proposed Transatlantic Trade and Investment Partnership agreement I would have to be escorted, by appointment, into a locked basement room in Victoria Street and would be granted access to the text only after signing a special confidentiality clause.

“Access was a privilege” I was told – not a right as I had naively supposed!

In fact it is such a privilege that French, German and American legislators as well as MEPs had already been examining these documents for a year before we were given that “privilege”. They too had their own secret reading rooms and were told that they could not bring in any telephone, camera, computer or electronic equipment of any sort. They too were given a strict time limit of 90 minutes to peruse the documentation (approximately 500 pages). The only difference is that they were allowed access in December 2015. We had to wait a further 11 months before the first British MP – yours truly – was allowed through the secret door!

The government promised in March 2016 that MPs would be allowed sight of the TTIP draft text but failed to make the necessary arrangements until I embarrassed Liam Fox about it at the first oral question time for the new department.

So what did I find when I finally probed into the massive ring-binder and all of its annexes? Well of course I can’t tell you that for fear of disciplinary and/or legal proceedings!

What I can tell you is what I did not find.

I did not find anything that reassured me that the US is committed to implementing the International Labour Organisation (ILO) declarations and conventions or developing a common platform in terms of labour standards or occupational health and safety practices within TTIP.

I did not find anything that convinced me that the US would respect the environmental protections and standards we have incorporated into EU law or the Nagoya Protocol on Access to Genetic Resources and Benefit Sharing.

I did not find anything that laid to rest my concerns that US agribusiness was trying to take over much of our food and drinks industry and our dairy industry – whilst becoming increasingly protectionist about its own.

I did not find anything that reassured me that sovereign governments would not be subjected to supra-national commercial courts with an asymmetric power for large companies to sue nation states for passing legislation in the public interest, where those laws might damage their future profit.

Above all I found nothing that gave me cause to believe that this draft agreement was designed to promote the little guy; to protect the weak or to improve social and environmental standards.

What I found were proposals to promote economic growth by improving market access for big corporations –at the price of increasing inequality and any broader conception of the public good.

Perhaps what concerned me most, was the very secrecy of the negotiations. I did not recall parliament taking the decision to abrogate its own authority to a group of unelected trade officials or empowering them to negotiate, behind closed doors, matters that deeply affect the balance of rights and protections that we currently enjoy; all just to secure a marginal increase in GDP.

Had Fox not been obligated under the actual text of the agreement it is not clear that he would ever have allowed MPs to see the text of the draft agreement. As it is, he waited until TTIP was effectively dead before finally doing so.

If we believe Trump’s campaign pledges we can assume that TTIP is a dead letter under the incoming US administration.

But TTIP has a little brother. It is called CETA: The Comprehensive Economic and Trade Agreement between the EU and Canada. In structure it is similar and it is going through the European Parliament at the moment. This month the Trade Committee and next month through the Plenary. Strangely:

Labour is clear in that we support free trade. We want to minimise the barriers that stop us exporting. We want to create jobs and economic growth and free trade can help us do that.

But we are principled free traders. We want to preserve and enhance social and environmental standards and protections. We want to use trade to increase equality as well as wealth. We will not allow supra-national courts to paralyse or overturn legislation to protect the public good or public services like the NHS. These are the red lines that the Labour Party will be insisting upon not just for CETA but in all of our future trade agreements.