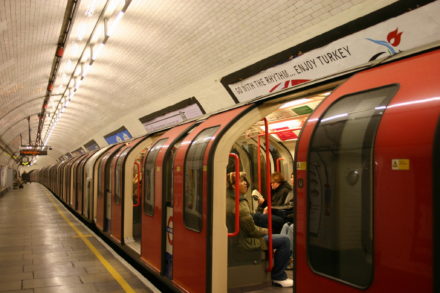 Just 10 of London Underground’s 270 stations are open today, a trade union said, as a strike over ticket office closures got underway.

The TSSA said turnout for the industrial action was solid with “just a few trains” running on the “edge” of the network.

A series of central London stations are closed, after the 24-hour walkout began at 6pm yesterday, but Transport for London said they are running a limited number of services on eight out of 11 lines. There is no service on the Victoria and Waterloo and City lines and the Piccadilly line serving Heathrow terminals four and five.

Activists from two unions – the Transport and Salaried Staffs’ Association (TSSA) and the Rail, Maritime and Transport union (RMT) – are engaged in the dispute over ticket office closures.

Yesterday Sadiq Khan, the London mayor, again warned of the impact of disruption for passengers, writing on Twitter: “This tube strike will cause misery to millions of Londoners”.

The row has its roots in the cost-cutting measures pushed through by Boris Johnson, the Tory who preceded Khan as mayor.

Today Manuel Cortes, general secretary of the TSSA, was touring picket lines from 5am.

“Tory Mayor Boris Johnson welcomed the cuts and within six months abolished 800 Tube jobs, closed ticket offices and the subsequent ‘new work practices’  introduced under his regime have been so brutal they have led to a further exodus of staff from the service. The pair of them have heaped havoc on the Tube. And though Osborne and Johnson  are gone from those offices, their damage is set to continue with another £1.4bn in cuts due by 2018.

“Put quite simply these level of cuts are not compatible with a safely run, properly staffed Tube and my members are now highly anxious about  the impact this is having and will continue to have  on their ability to keep you safe. . Our overtime ban of the last month has demonstrated effectively that there are no longer enough Tube staff employed  employed to keep the networks 270 tube stations open.”