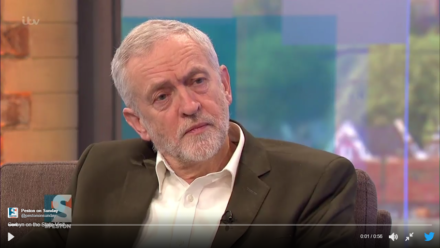 This is the full statement published by Jeremy Corbyn before the visit of Israeli prime minister Benjamin Netanyahu to Britain.

When Theresa May meets the Israeli prime minister Benjamin Netanyahu, she has let it be known she will tell him that building settlements on occupied Palestinian land “undermines trust”.

That is simply not good enough. The Israeli government’s decision to build 3,000 new settlement homes in the occupied West Bank and East Jerusalem is illegal under international law and a threat to peace and international security.

It undermines still further the prospect of a two-state solution to the Israel-Palestine conflict, about which the Netanyahu government is increasingly contemptuous.

Fifty years after the United Nations demanded Israeli withdrawal from the territories occupied in the 1967 war and 70 years after the UN voted for the creation of a Palestinian state, the British government must act in support of peace and justice in the Middle East conflict.

Theresa May must make clear to the Israeli prime minister that the British government will stand unequivocally behind the rights of the Palestinian people, along with the many who support them in Israel, as well as human rights and justice across the region.

She must also demand an assurance from the Israeli prime minister that the improper interference by the Israeli embassy in British democratic politics exposed last month will not be repeated.