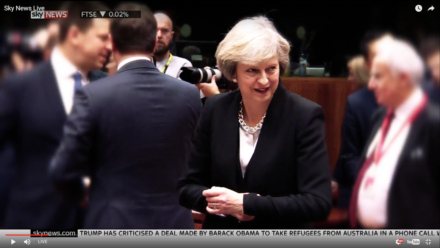 This week’s Commons vote in favour of the bill triggering article 50 has angered and upset many Labour party members. I share those feelings. But, as on any occasion in life and politics, when things don’t go the way you would like, what you have to do is pick ourselves up and work out what to do next. So here are some suggestions of what Labour’s pro-Europeans should now do.

First, we keep up the campaign, and remind ourselves what we are fighting for. The Brexiteers, of course, would like us to shut up, go away, and accept that the UK is heading for a “hard Brexit”. So let’s remember that when we campaigned for the UK to remain in the EU, we weren’t just fighting for jobs and our economic interests, but for more than that. We were supporting the principle that nations should co-operate and work together, and we recognised that the EU – imperfect though it is – has been a vehicle to promote workers’ rights, environmental protections, social cohesion and solidarity, human rights and liberal values. Those are principles and values which we should not jettison as a result of a narrow majority in a consultative referendum.

In addition, the fears that many of us had that a vote for Brexit would have consequences far beyond the issue of UK membership have been confirmed. In the UK, our government has been taken over in a “hard Brexit” coup, whipped up by anti-immigrant and anti-European hysteria in some of the media and shamefully encouraged by some MPs.

Internationally, the government’s Brexit strategy has driven it to seek friends in an assortment of would-be authoritarian leaders, president Trump being of course the most prominent. Labour should be saying loud and clear that is not an international alliance of which we want to be part; and with all due respect to Jeremy Corbyn, it is not much good leading protests against a Trump state visit if Labour then waves through a Tory post-Brexit strategy which forces the UK into a close alliance with the Trump administration.

Second, we must remember that the parliamentary battle is not yet over. I can understand, though disagree, with the view that said Labour MPs should vote in principle to trigger article 50 because of the referendum result. But now we have passed that stage, Labour MPs should make it absolutely clear that if the serious amendments aimed at stopping “hard Brexit” and minimising the damage are defeated, then the Bill should be voted against at third reading. That’s the way parliamentary procedure is meant to work. If MPs accept the principle of a Bill, but doesn’t like its details, then they try to amend it. If the amendments don’t deal with the defects, you vote against the whole bill.

I hope that lots more Labour MPs will make it clear they are prepared to do that. Let’s tell them that. I know that many voted with the Tories on second reading with great reluctance, and if enough make it clear that they will not support a “hard Brexit” triggering of article 50, then hopefully the Labour leadership will take a firmer stand in the subsequent stages of the bill, or if not, at least allow a free vote. And even if the government succeeds at third reading, a close result will give the House of Lords the legitimacy to allow even closer scrutiny of the bill, which the Commons will then be able to consider in its final votes on the legislation.

Third, even if the bill eventually passes, there is ample opportunity for Labour, in collaboration with other pro-EU MPs, to make the government negotiate a relationship with the EU that maintains close links with its and its members.

We were told time and time again by Leave campaigners in the referendum that the UK could have a Norway-type relationship with the EU if we left, and yet since the referendum result, they have worked day and night to stop that happening, and the government has adopted that agenda.

Why does not Labour say loud and clear that if the UK is going to leave the EU, then at least it wants at least to maintain a close relationship by the UK becoming part of the European Economic Area (EEA), which would remove 99 per cent of the economic uncertainty about a future relationship with the rest of the EU? I suspect the answer is that to join the EEA means having some form of freedom of movement between the UK and the EU/EEA. It does, although there is certainly room to negotiate some special arrangements, but isn’t it time for Labour to stop running scared on the issue of immigration and free movement?

Unless Labour decides to adopt anti-immigrant policies similar to UKIP, the only coherent policy for Labour has to be tell the truth about migration and free movement, and instead of pandering to anti-immigrant prejudice, come up with policies that tackle the real reasons for economic marginalisation. That’s a line Jeremy Corbyn maintained with some dignity over the summer. Let’s encourage him to recognise that is only compatible with EEA, or a similar status, after Brexit.

Finally, we should work with the grass-roots pro-European campaign that, far from dissipating, is increasing its strength and coherence. Labour members, and MPs, should be doing what they can to encourage that movement, and help it and us take back the agenda from the Brexiteers. Many who were supporters of Leave, or at least ambivalent, are certainly hostile to the idea of a UK which lines up with Trump on the world stage, against our friends and partners in the rest of Europe. Let’s help to build up that campaign. Such a campaign will help encourage wavering MPs, in all parties, to support the closest possible continuing relationship with the EU, and to stop the UK turning into a client state of an autocratic US president.

If we can show we’re fighting back in the UK, that will give encouragement to those fighting to maintain social progress, democracy, liberal values and human rights elsewhere in Europe and indeed in the US.

View all articles by Mark Lazarowicz