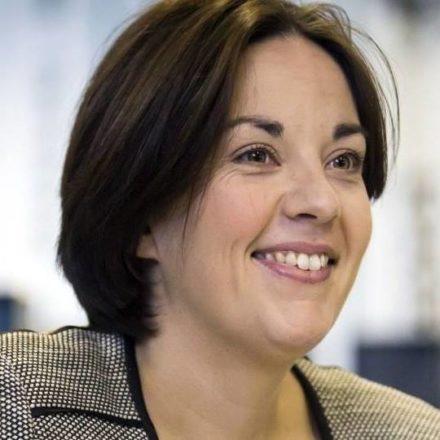 Scottish Labour conference has agreed to commit the party to a federalised Britain.

It will now be the policy of the party in Scotland to push for a federalised nation, with the vote also supporting Kezia Dugdale’s call for a People’s Constitutional Convention. It comes after Dugdale’s sustained calls for a new act of Union.

Later today, in her keynote speech to conference, the Scottish Labour leader Dugdale will reaffirm her commitment to the Union, saying: “the Labour party I lead will never support independence.”

Addressing the SNP first minister Nicola Sturgeon directly, she will say: “I want the first minister of Scotland to focus on the Scottish NHS, on our economy and on our schools. I don’t want a first minister whose priority is the constitution.”

“But some people – inside and outside the Labour Party – still say that we should back independence. Not because it’s right, but because they think it’s popular. Let me say this to them: the Labour Party I lead will never betray its values so easily,” she is expected to add.

“It will never turn its back on the idea that together we’re stronger. That we can achieve far more working in partnership than we can alone; that our historic values can endure even under this greatest threat.”

If there is a second independence referendum, she is clear that she will: “work tirelessly to make sure that our side of the argument is successful again.”

Alex Rowley, deputy leader of Scottish Labour said on the motion passed: “Our call for a reformed UK isn’t about constitutional tinkering – this is about meeting the demand for change.”

“One message from the independence and EU referendums was that people wanted more control over their lives. That’s why Labour’s plan for a People’s Constitutional Convention and a federal UK will transform where political and economic power will lie in our country.”

“Labour is calling on the SNP to take ‘indyref2’ off the agenda and focus on getting the best Brexit deal for Scotland. We know that together we are stronger when the nations of our United Kingdom work together rather than split apart.”

“But neither will we support the Tory status quo. Only Labour has a positive plan to reform our nation and invest in our valued public services.”