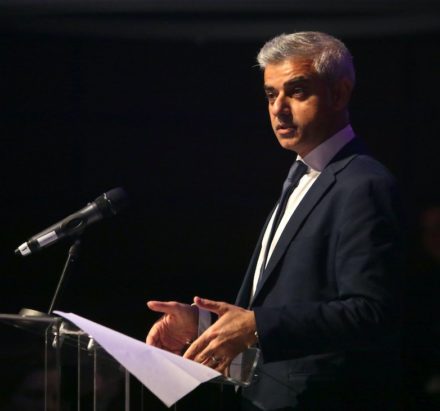 Sadiq Khan has launched a major broadside at Theresa May’s handling of Brexit and warned of the “colossal damage” she could inflict on the economy if she takes Britain out of the EU without a deal in place.

The London Labour mayor said the threat by May, and Philip Hammond, the under-fire chancellor, to turn Britain into a “tax haven” economy would be “disastrous” for the country.

Khan, who campaigned for Remain, said Britons must “respect” the result of last year’s referendum but used his formal response to the government’s Brexit white paper to set out several demands on trade, the City and the timetable for departure.

In a lengthy response Khan give his verdict on a series of key points around the Brexit vote and the talks that will follow:

“I campaigned for Britain to remain in the European Union, but I accept that the British public voted to leave and we now must respect their democratic will.

“However the British people did not vote for a weaker economy, worsening living standards or a less competitive environment for trade, investment and industry.”

On the Tories’ threat to turn the UK into a tax haven economy:

“The government’s deeply worrying threat to the EU that – if a successful deal is not realised – the UK could reshaped as a low-tax, low regulation, ‘tax-haven’ economy, would be truly disastrous for our country and for all Londoners.

“London and Britain’s global competitiveness and influence in the world have been built on our nation’s historic openness, rich culture, progressive values and flair for innovation.

“Starting a race to the bottom would inevitably bring about a decline in our country’s prosperity and world standing.”

On being forced to rely on World Trade Organisation rules for trade:

“London’s businesses and business leaders tell me that the Prime Minister’s assertion that ‘no deal is better than a bad deal for Britain’ fundamentally underestimates the colossal damage that ‘no deal’ – falling back on basic World Trade Organisation rules for trade with the EU – would have on Britain’s economy.

“The tariffs and barriers that this would place in the way of businesses would inevitably restrict trade with their largest market and significantly damage both London’s and the UK’s economy. This would be the worst-case scenario for business.”

On May’s ambition to conclude a deal with the EU within two years:

“I believe that the government’s unrealistic expectation of having trade negotiations concluded within two years of triggering article 50 – with no plan for extending this period – is compounding uncertainty and risks, causing unnecessary damage to our economy. Many experts, including the former EU ambassador Sir Ivan Rogers, believe that concluding the negotiations within this time frame is impossible. If neither an interim or final deal is in place at the end of the two years the government has allowed then the UK would crash out of Europe and we would suffer very significant economic detriment.”

On the need for an interim arrangement:

“Business groups such as the CBI have made a clear case to government of the need to agree an arrangement early on with the EU that would define the UK’s temporary relationship with the EU while trade negotiations are completed, and the new relationship phased in. Such an agreement would help to provide the minimum medium-term certainty for trade, regulatory and legal frameworks which businesses need to take longer term decisions with confidence.”

“London continues to command huge international confidence as the best city in the world in which to do business – as demonstrated by recent high profile investments by Google, Apple, Facebook and others. But there is growing concern in the business community about the unnecessary uncertainty caused by a real lack of clarity on the government’s negotiating position. Some businesses including HSBC, UBS and JPMorgan are already beginning to move small numbers of staff from London to other European and world cities, and many more have announced contingency plans to do so over the coming months.”