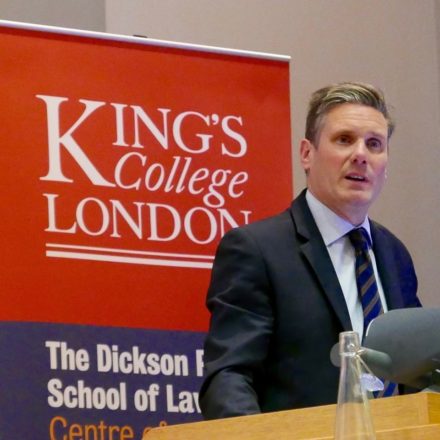 Leaving the EU without any deal represents the worst possible outcome, Keir Starmer said today, as it emerged that the government have not carried out an assessment of the economic impact of leaving the bloc without a settlement.

At today’s Brexit select committee David Davis, the Tory secretary of state for exiting the EU, said that there has been no investigation of what the economic implications of no deal would mean for Britain.

Under questioning from Hilary Benn, chair of the committee, Davis said there was an “estimate” during the campaign last year, but that under his time as minister there has been no such impact assessment.

Starmer slammed this admission from Davis, saying: “The government is recklessly talking up the idea of crashing out of the EU with no deal. They have repeated the mantra that ‘no deal is better than a bad deal’.”

“But we now know they have made no assessment of the economic impact of the prime minister failing to secure a deal.”

“What’s clear, from the CBI and others, is that there is no result that would be worse for the British economy than leaving with no deal; no deal would be the worst possible deal. The government should rule out this dangerous and counter-productive threat before article 50 is triggered.”