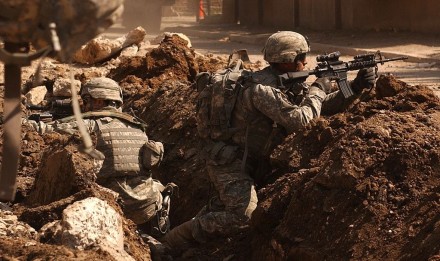 This is an extract from a speech Jeremy Corbyn, Labour leader, will deliver at the Chatham House think tank in London today.

If elected Prime Minister, I will do everything necessary to protect the safety and security of our people and our country.

The best defence for Britain is a government actively engaged in seeking peaceful solutions to the world’s problems.

But I am not a pacifist. I accept that military action, under international law and as a genuine last resort, is in some circumstances necessary.

But that is very far from the kind of unilateral wars and interventions that have almost become routine in recent times.

Waiting to see which way the wind blows in Washington isn’t strong leadership. And pandering to an erratic Trump administration will not deliver stability.

Britain deserves better than simply outsourcing our country’s security and prosperity to the whims of the Trump White House.

So no more hand-holding with Donald Trump – a Labour government will conduct a robust and independent foreign policy made in London.

This is the fourth general election in a row to be held while Britain is at war and our armed forces are in action in the Middle East and beyond.

The “war on terror” which lies behind these interventions has failed. They have not increased our security at home – rather the opposite – and they have caused destabilisation and devastation abroad.

The ‘bomb first, talk later’ approach to security has failed. To persist with it, as the Conservative government has made clear it is determined to do, is a recipe for increasing not reducing threats and insecurity.